He woke me up early too take me out for a breakfast (mm full english!)
& then he told me to put something warm on and took me to roath park (we did this last year too) but we only managed to walk a little bit because it was freezing! Then we went down the bay & went on all the arcade stuff & took pictures on the machines and had 6 games of bowling haha!

He then told me he was taking me for lunch down the village hotel but to my surprise he had booked me a massage! It was sooo nice! we then went back to my house to get ready and he took me to a really posh place to eat and the menu was so posh I didnt know what anything was! & I didnt realise that what you ordered didnt come with chips or anything and u had to order them separately!

we then went back to my house and he told me to stay downstairs and when I came up he had put candles all around the bath, bless him! 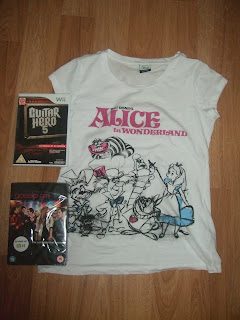 He got me an alice in wonderland top, Gutair hero 5 & Gossip girl series 1 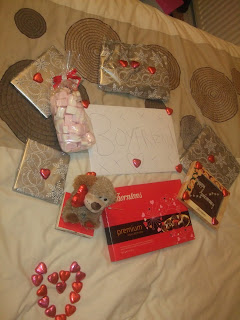 & I set all his stuff out like this on our bed 🙂

When we went for our walk, he had some bread and as there were only 2 swans by us we thought wed give them some bread, but just as we got the bread out loads of birds/ducks came out of no where! 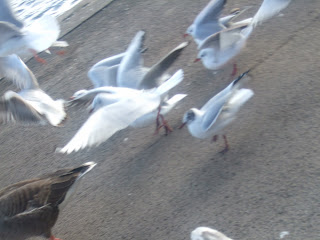 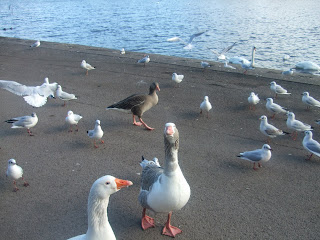 & Then when we went for food at the posh place, they asked if we wanted a desert so we asked for ice cream & they were shocked when we asked to share it! 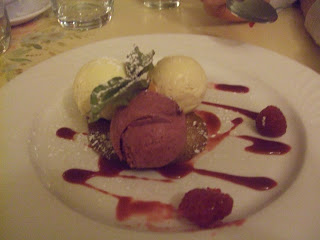 I had such a nice day & I love my boyfriend!

Onto valentines day, we didnt really do much in the day, just lazed around, then went to my nans, & then out for food with my friend and her boyfriend to tgi fridays! 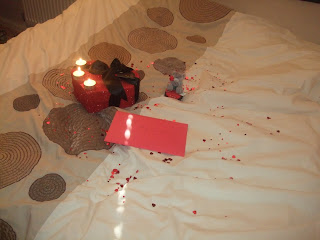 & then he took my dad to pick up his car and picked up some roses for me! 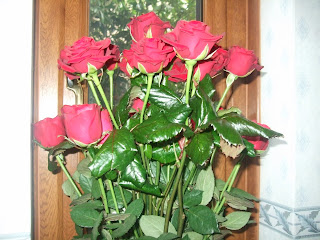 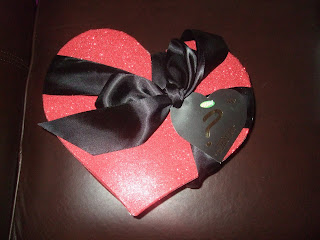 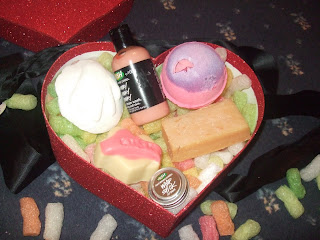 Inside the box is;

Sex In The Shower

I hope everyone had a good valentines day!

& Ive placed an order on the mac website, & one of the things I got was a mac eye shadow pallete so will be needing help on de potting my eyeshadows!