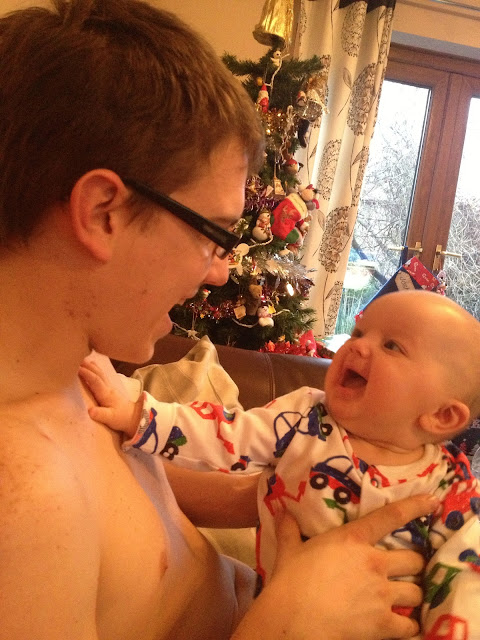 okay so I love this picture. I love the way Josh is with Matt. I love watching them together and too see how excited he gets when Matt is around & throwing him all around the place! It makes me super happy. Josh is still as lazy as ever, He has just about managed to roll over (although he rolled over on his belly in his cot and got his arm wedged out the side and screamed like crazy! horrible)

He can only stand on his feet for around 15 to 20 seconds and he is no where near ready to crawl! But I like that he is still a baby & not growing up too quickly! I do want him to sit up soon though! It will be so much easier to plonk him down on the floor and for him not to fling backwards!! Ah well soon enough he will be walking and in school and I will wish I never wished his life away so quickly. 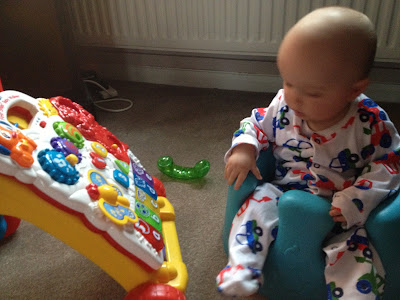 We bought him this little walker from eBay for £4.99 but to be honest he is no where near ready too use it! He isn’t even that interested in the songs that it sings (which is a good thing at the moment because there so annoying!) 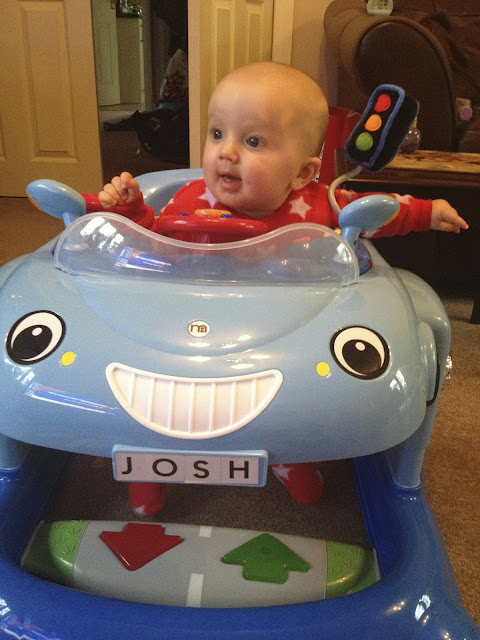 How amazing is the walker he had off me and Matt for Christmas? It was meant to be £89.99

but someone accidentally put the wrong car walker sign in front of it for £59.99 & we had £40 worth of Mothercare gift cards too use so it only ended up costing us £15! Which they were not too impressed about! It come with letters, but only one of each which is pretty stupid if your child’s name has more than one of the same letter! 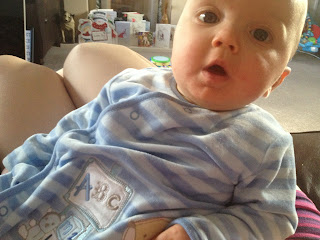 This picture makes me giggle! He just started to lean on me and stare at me for ages the little cutie!! I have just got my new canon 650D and I am obsessed with taking amazing photos! Especially of Josh, poor boy keeps getting a huge camera shoved in his face!

I love that I can now take much better photos, it has given me the urge to blog more!! Yay