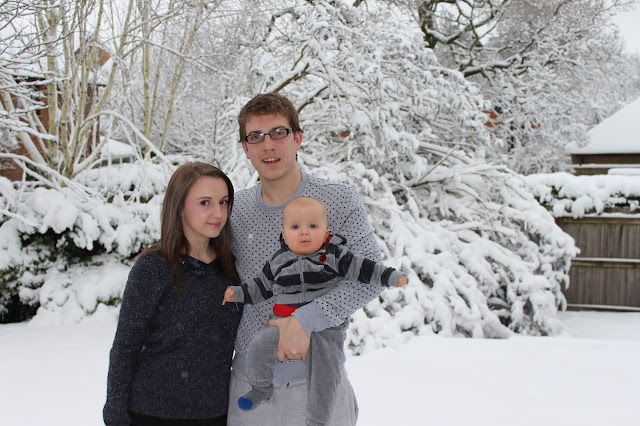 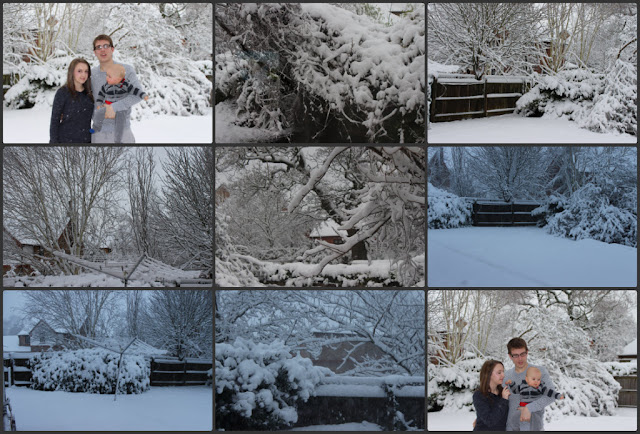 I really don’t like snow. I hate being stuck in the house not being able to do anything. Josh isn’t at the age yet where he can be all excited and we can go and build snow men and do all the fun stuff! But I couldn’t resist taking the snow pictures that everyone takes, especially of me Josh & Matt.

I have managed to get out to sainsbury’s (and it was dead) to grab some bread and food to munch on tonight, but I planned to go shopping today to spend some money on more things I don’t need, so in a way the snow has saved me some money! & it is super pretty so I shouldn’t moan to much!

Hope you all didn’t have to go work today and have spent the day chilling around the house or building snow men!! I know thats what I wanted to do, but my boyfriend is super boring!!!