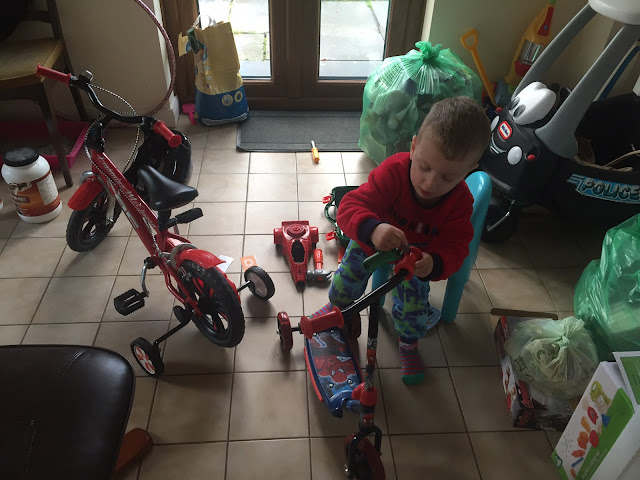 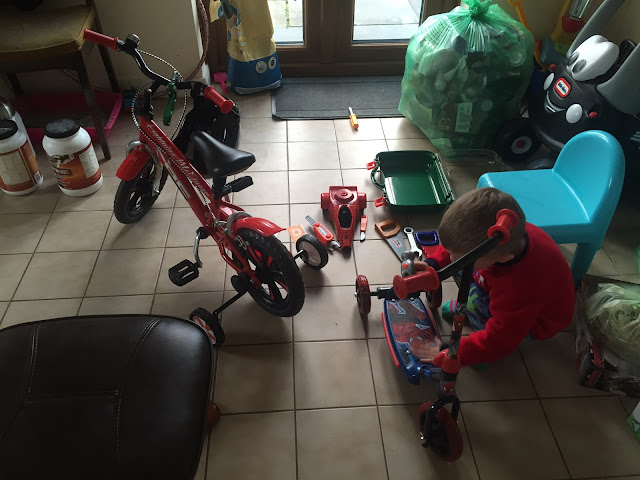 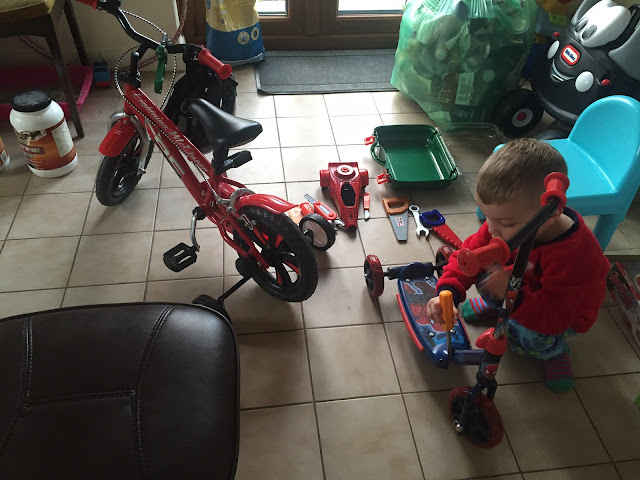 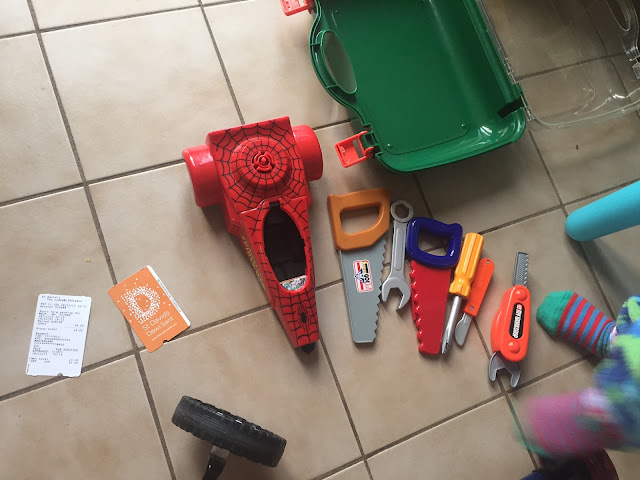 One of Joshua’s favourite thing to do is role play. He loves pretend play from anything from playing buses on the stairs, to owning his own post office or shop. Pretend play in his kitchen, be a doctor/fireman/builder.

One of his favourite toys to play with at the moment is his building set, we actually got given this by my auntie as her son had outgrown a few various toys so donated them to Josh and he is over the moon. He takes his little set all around the house to find anything he can get his hands on that needs ‘fixing’ He will shoot ‘Oh no mum its broken lets fix it’s he proceeds to get his little carry case of tools out, set them up in order on the floor and one by one use the tool to fix the item he decides is broken.

Today was his bike and scooter, he handed me half of the tools and told me to fix his scooter while he worked on the bike, and he could sit there for hours being a builder, its so lovely to watch him use his imagination and tell me what is broken and how he is going to fix it, and with which tool he will use.

He really believes that he is in fact a builder and without him his bike or scooter would not be fixed. As soon as he has fixed his bike and taken a ride on it just to make sure, he will ask me what else is broken, and gets really excited when I tell him he needs to fix his car track or kitchen!