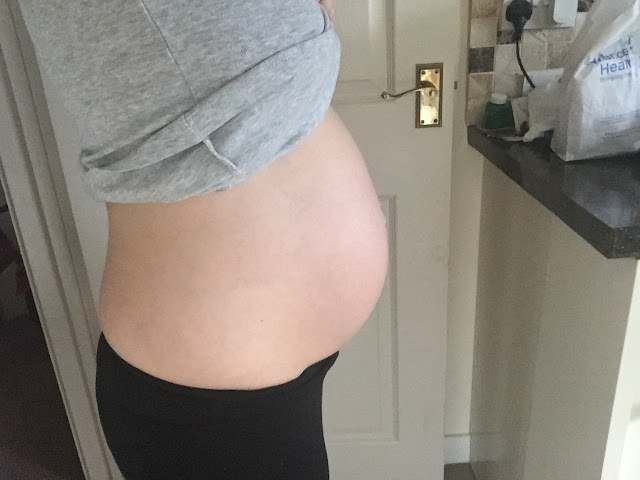 Oh hi 27 week pregnancy update can you slow down a bit please? Third trimester already here and I feel like its completely flown by. Little boy is now weighing in at two pounds and is roughly 14.5 inches long. My app says he is the size of a bunch of bananas this week which when he used to be the size of a grain of rice he’s grown quite substantially. 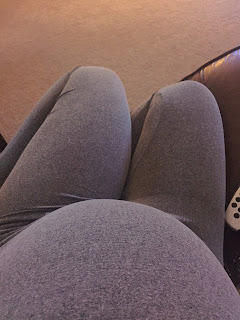 The second trimester went so much quicker than the first, which is quite scary to think its really not long until we become a family of four. I am a lot more tired than usual but thats because I can’t sleep at all, (currently been awake for 38 hours) and Josh woke up later today than usual it’s just my body not playing fair! As I am up a lot throughout the night that’s still where I feel him jump around my stomach and kick the most. I do feel him throughout the day a lot more now, but when your busy running around after a hyper three year old you don’t notice as much.

I think my bump is growing so much, seen as though this was the size of my stomach full term with Josh and I still have three months growing room left! I have the worst heartburn and everyone tells me ‘but he will have loads of hair’ which is a lie as Josh was bald until he was two and my heartburn with him was horrendous. 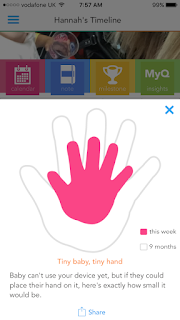 I have my 28 week midwife appointment on Tuesday which i’m glad of as they barely see you in your second pregnancy. It would be nice to hear the heartbeat and see how i’m measuring. We have a name for baby boy which we have had for ages but we are keeping it secret (as much as Josh lets us seen as though he announces it to anyone who asks!) I also have to speak to work about my maternity leave this week and i’m still unsure what to do! What did everyone else take off? I quit my job with Josh when I was pregnant so I had as much time as I wanted off and it was nice, but with the house and providing for two kids I will need to go back a lot sooner this time round.

See you next week when we have our 4D scan booked at Babybond which I am really excited for!