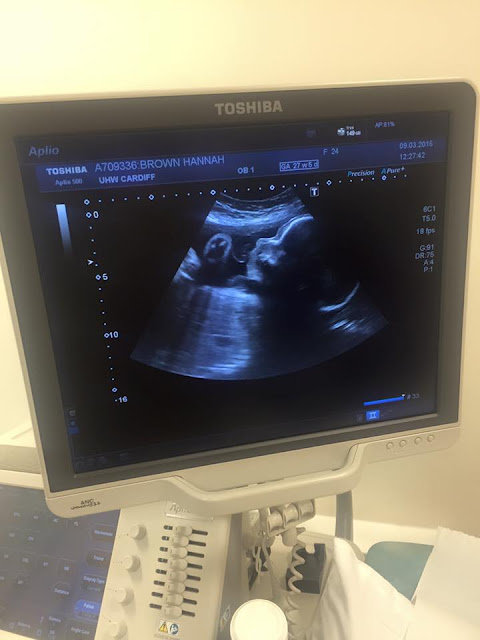 At my 28 week midwife appointment I went to on Tuesday I got seen by a lovely community midwife who was a standing in until the new midwife starts. She checked my blood pressure which was all well, took my bloods (I didn’t faint bonus) checked little baby’s heartbeat which was the cutest little sound and then measured my bump. As she was measuring my stomach she raised concern saying I was a good few weeks behind what I should be and it would be a good idea to send me for a growth scan.

I wasn’t worried as this had happened when I was pregnant with Josh and he was a healthy little baby. She booked me in for the next day at 11.30am and off we went to see little baby morris again which was lovely. He was kicking and punching away obviously wasn’t impressed that he was getting poked and prodded by the lady. She showed us his cute chubby face, his little belly, arms and legs and he was the perfect size so nothing to worry about! He was measuring just above the average line and weighed in at 2.6 pounds.  I loved seeing him again as did Will and my mum. The lady told me he was back to back and that’s probably why I keep getting a really sore back when he pushes against my stomach.

Josh was back to back in labour and it was such a horrible pain so i’m hoping this one isn’t as stubborn and moves. I know he has a while to move yet so heres hoping he’s a good boy and listens to his mum (unless he’s like his dad who never listens!)

She did say that as i’m quite small in general I may be sent back and fore for growth scans, as I will probably always measure behind in bump size but its nothing to worry about and its a bonus I get to keep looking at his little face growing. We have our 4D scan on Sunday and i’m really excited to see what he looks like as 4D scan’s amaze me, they are so clear and I’m really looking forward to the pictures. 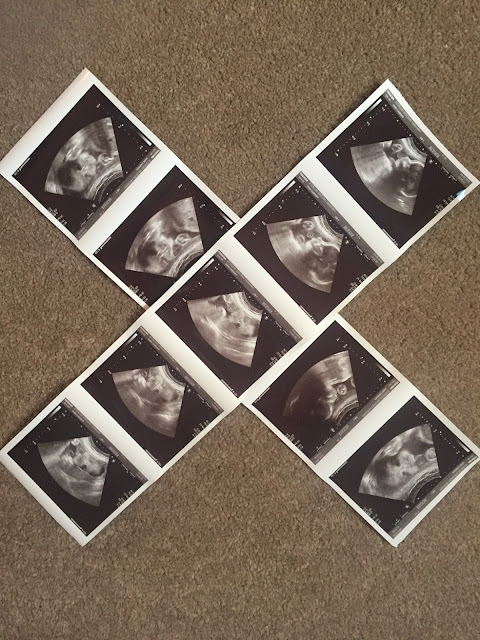