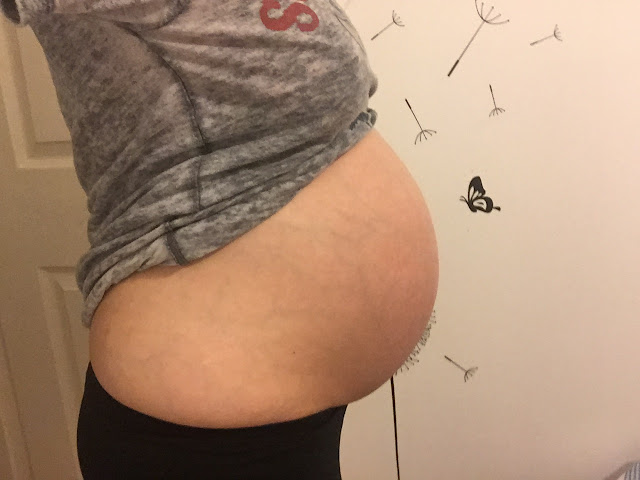 I cannot believe I have been pregnant for 35 weeks with only 5 weeks left to wait! It’s crazy this pregnancy has completely flown by and I am getting more nervous each week. Baby is around 5.5lb this week and measures in at around 20 inches. He is basically like a newborn baby now all fully developed and just needing to pack on a little extra fat. Although seen as though I have been told this baby is quite big already Im not worried about that!

I had my midwife appointment this week for a check up. She told me I was measuring three weeks behind bump wise but as she could feel the baby she wasn’t worried at all as he felt ‘really big.’ I wish they would stop telling me this fact it makes me so anxious for delivery.  He is still head down which he has been for the past several weeks which is good as Josh was breach up until late pregnancy. My stomach is still quite sore and painful but I have been told its because of previous pregnancy, your body muscles aren’t as strong as they were.

I still don’t feel like its this close to due date. I think as maybe this time around with Josh I had his entire nursery painted decorated, clothes all hung up ready and nappies and wipes all stacked up waiting. As our house isn’t ready yet I can’t do that , so I have had to split Josh’s wardrobe and draw space with the baby.  I have given Josh most of my wardrobe as he has more clothes than me!!

I am basically living in over sized tops and leggings and cannot wait to wear normal clothes again. This week Josh has been talking more and more about how he wants to cuddle and look after his brother. How he wants to share all of his toys with him and play cars together which I think is really cute. It did make me laugh when I asked him if he would share his mickey (he has had mickey since he was a baby and its never out of his sight!) and he quickly responded with ‘absolutely not’ I take that as a no?

His movements have been painful this week. He is either kicking under my ribs or moving under my hip bone. It is getting rather uncomfortable each day and you forget that doing even the smallest of every day tasks become more tiring. I was trying to sort our mine and Josh’s room and felt like I had completed a marathon!

My apps this week; 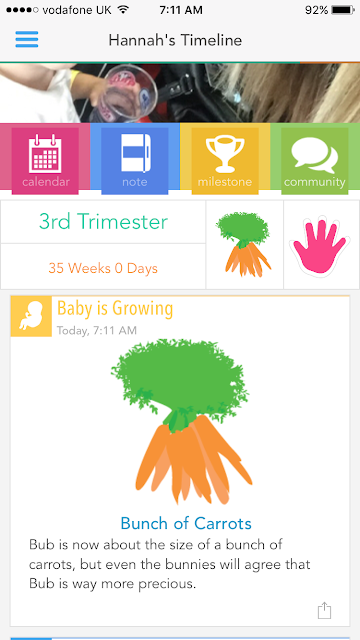 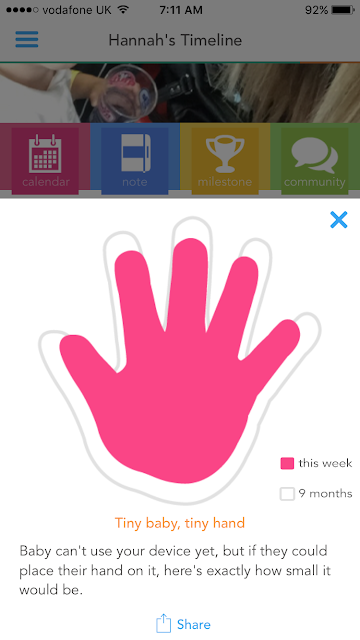 Look at how close his little hands are to being fully grown. So cute.

Baby purchase of the week; 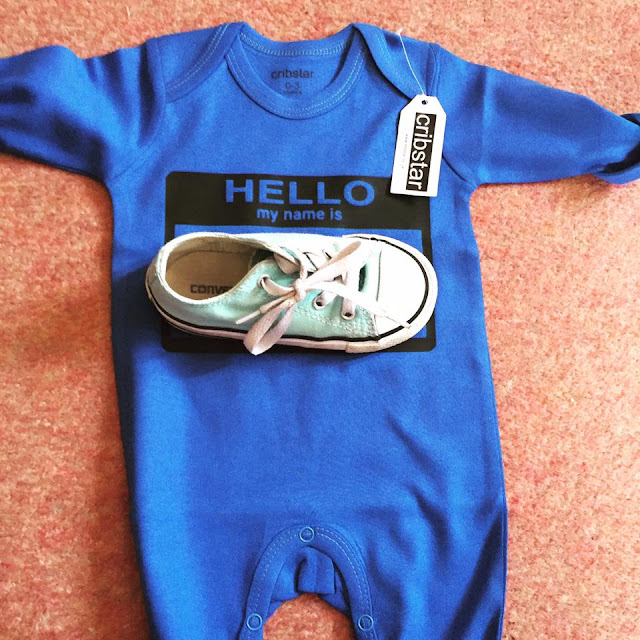