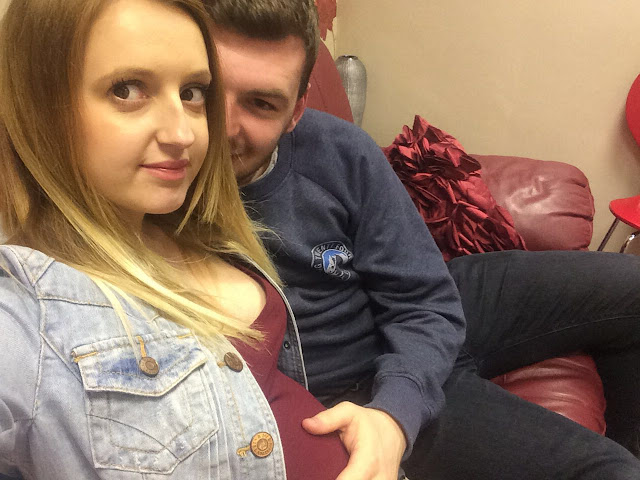 When I found out I was pregnant, I just knew I was having another little boy. I don’t know why; I just knew. I was really excited as I love having Josh and I really do find that boys are more loving and cuddly. From the moment I went in to my gender scan, the lady asked me what I thought I was having and I replied with I know it’s a boy. She replied you’re right he is 100% a boy, I smiled, Will smiled, we were both really happy.

Before I knew for definite, I was talking to an old friend who was really negative about the idea of two boys.

“What are you going to do if they say boy, pretend you’re happy?”

“Just think you will never have a girl to do her hair or play with castles!””When I was pregnant, I told everyone I wanted a boy just so they wouldn’t know how disappointed I would be having another one.”

I just thought to myself why? Why would I need to pretend I was happy having another boy? Any baby you have is a complete blessing boy or girl. There are millions of people out there who would do anything to be pregnant and have a baby. I just think it’s really sad when people have these types of opinions. Even if you were to think like that, why would you express that thought? When she is meant to have been a friend, how could she make me feel low about even thinking it would be a good thing having two boys? It made me really upset. I don’t think I will ever understand gender disappointment, but I do know that it exists.  I have quite a few apps on my phone for pregnancy, and I would often lay in bed at night reading through the forums of expecting mums and would really be shocked at some of the things I would read.

People even contemplating adoption or abortion if the gender wasn’t what they wanted. Why would you even risk getting pregnant when it will always be a 50/50 chance of having either a boy or a girl. I can hands down say that how ever many times I was to be pregnant again I wouldn’t mind either way what I was having. Yes I love the thought of one day having a girl to dress in pretty clothes and have the kind of relationship that me and my mum have. But at the same time, I love the thought of being surrounded by lots of boys to look out for me and to watch grow up into handsome men. I just think you need to count yourself lucky for even being able to have children as there are many people out there who don’t have that luxury. Countless couples try for babies for years with no luck who would absolutely love to have a healthy baby. Then, you get people who complain when they get pregnant with ‘another girl’ or ‘another boy’. I just think its plain wrong and you should really think about how lucky you actually are.

A healthy baby is all that should matter, not the gender. I would like to think that if your friend was having a baby you would be happy for them regardless. You should never doubt a baby by their gender and really believe that you are blessed regardless. I do understand it may not be as easy as that. The comments that got to me were the worst. ‘There’s always next time for a girl’ ‘At least you have all the stuff for a boy I guess’ ‘I suppose you can keep going until you get a girl’ I just think it’s wrong to assume that someone would be unhappy with the gender of their child just because they already have that gender. When you find out you’re pregnant most people do have a preference to what they want and that’s only natural. Most of the time the feeling’s you have disappear as soon as you hold your baby and all sadness and guilt leaves as you cuddle your beautiful little baby.

I can really see it from everyones point of view now after doing quite a lot of research in to gender disappointment. I do realise it’s a big thing and some people can’t help how they feel. I would never want anyone to feel judged on the way that they thought. I understand that sometimes it can’t be helped and your feelings towards wanting a certain sex can make you feel extremely bad or guilty. Most of the time once your baby has arrived all of those feelings go away and you love your baby no matter what gender. If you do have concerns and want help with the way you feel over a certain gender there are plenty of articles and websites that can help! I really do now feel there should be more help out there for anyone going through these feelings and they should get more support. A bit like post natal depression not many people want to talk about it but its such a massive deal and I really do hope that anyone who believes they have it should speak out and get help.

No one should feel shamed or a bad person for feeling the way that they do. I understand it from both points of view and this debate has really opened my eyes into the world of gender disappointment.