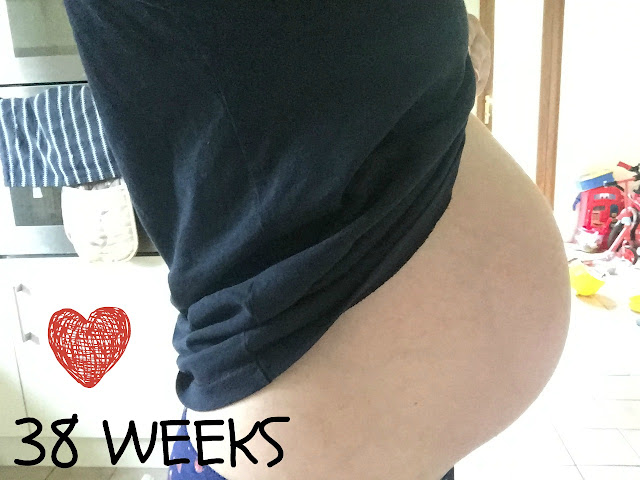 I can’t quite believe I’m 38 weeks pregnant already. Thats two weeks till due date and only 4 weeks until he will definitely be here, how crazy. I have had a pretty rough week this week being in hospital monitored twice! High blood pressure and headaches/blurred vision which I need to keep an eye on but they sent me home to rest up and hopefully that’s it all sorted. I have been stressing a lot over Joshua’s fourth birthday party on Saturday so maybe that has something to do with it?

Baby is the size of a leek this week and weighs in at around 6/7 pounds. He is pretty much a fully developed baby just going to get a little fatter but everything else is formed and lovely. I have been super tired with lots of braxton hicks and cramps which I’m hoping means I’m nearing the end! I haven’t got another midwife appointment until I’m 39+4 and I’m hoping he will be here by then but if he’s as lazy as Will then I shall see you with baby photos in a months time!

Josh is still talking more about baby and how excited he is to feed him his bottle and cuddle him to sleep in mummy’s bed at night. He is really happy his little brother is going to bring him a present too (all bought just need to wrap!) From the start I have told him his baby will be coming after his birthday party which is this Saturday so he will probably be asking when he’s coming on a day to day basis soon. 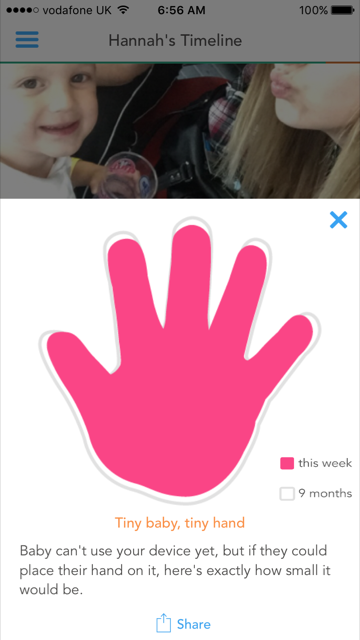 I have gone off eating this week too which isn’t like me as I love food. Me and Will have been going on lots of long walks to encourage him to make a move which hasn’t worked yet. Also been eating my body weight in pineapple and drinking lots of cups of raspberry leaf tea. Lets just hope he doesn’t make an appearance at his big brothers birthday party or even on his fourth birthday I would hate for them to have to share the day!


Its mad because I am on so many baby groups for the end of May/June babies and there have been so many births. It really does make me realise how close we are to having a little baby in our arms and we are all so excited. I really can’t wait for my two babies to meet.

Baby buy of the week 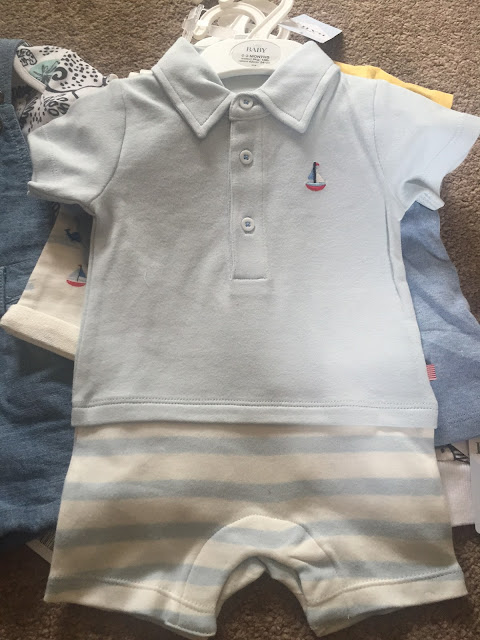 Look at how cute and little this summer romper my nan got us is!

This pregnancy has flown by hasn’t it?