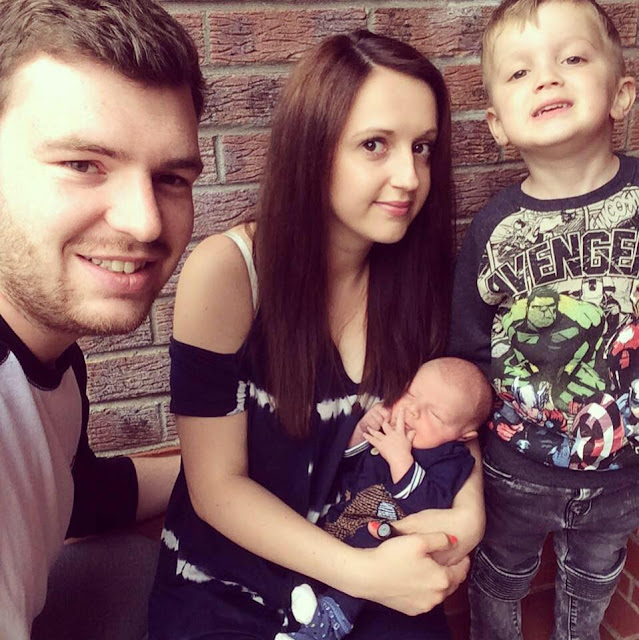 Today I am 25. I can’t quite believe I am a quarter of a century old. I still feel so young in my age but I think thats still living at home where my mum still does my washing/ironing and quite a lot of other things for me and the boys. In other ways I feel so much older than I actually am though. Most of my friends who don’t have kids are out every weekend and have no responsibilities. When I was younger I always looked at someone my age and thought ‘wow they are so old’ but now I’m here myself it really isn’t that way at all.

I didn’t do too well in my GCSE’s but thats because I barely went to school in year 11. I really disliked school. I was this innocent girl and the friends I was usually with were growing up at a quicker pace, drinking and going out and I felt like the little lost sheep. I remember every time I went in to school and stood with them I would just feel like the complete odd one. I was so left out that I didn’t enjoy going to school and would always pretend to be sick. I remember standing there as they all made plans and didn’t ask me and I would feel so alone. It’s funny now as one of the girls I am now really close to as our children are in the same school class. On GCSE results day I remember passing my envelope to one of my friends to open and she said ‘Wow how have you got an A Hannah’ Even she was surprised! I then went on to college and did child care which I actually enjoyed but I dropped out after a year as I was getting fed up with the traveling back and fore and just wanted to get a job. I really regret this decision now as I would be a nursery worker now and I have always loved working and being around children but I was young and didn’t understand the decision I was making.

I have had three jobs in my little lifetime. My first job I lasted a month in a hotel as a waitress. Why a month? I was 17 and really shy. I would work twelve hour shifts and was too scared to ask for a break just to grab a drink of water. I used to carry boiling hot plates and burn my fingers because they wouldn’t let me use anything to carry them with as it ‘didn’t look professional’ but the skin peeling off my fingers on to people’s plates did? They once made me run a bar (I was under age and so naive!) I told them I had no idea what I was doing as I had never drank alcohol before let alone pulled a pint or poured a glass of wine. They told me it was the best way to learn so off I went and served my first customer, they left me completely by myself and I was awful. Someone would ask for a glass of a specific wine and I would get them to point it out to me. I would then pour the wine all the way to the top of a wine glass and the look’s I would get from customers was hilarious. The one customer I remember the most was a guy who asked for Rum. I had no idea what type of alcohol it was so yet again he pointed it out to me. I grabbed a pint glass and poured the entire bottle in to the pint glass and handed it to him. He looked at me and asked if I was joking. I starred back at him and he could tell I wasn’t, smiled gave me a £40 tip and walked off happily with his pint of rum! I even remember the staff asking me to go to a different bar for ice making fluid, and I genuinely asked the girl and it clicked I was asking for water! Now I look back I was really young in my age anyway and find it really funny. At the time though I wanted the ground to swallow me up! My parent’s were not happy when I went back and told them though, I remember my dad on the phone to them screaming quitting the job for me and telling them how bad they were as a company. My second job was in Superdrug which I actually enjoyed as I worked with a nice bunch of people. I loved make up and girly things when I worked there so I was in my element. I would spend lots on make up and perfume every month as I had no other responsibilities.  I worked there for two/three years and left when I was pregnant with Josh. I now currently work at sainsbury’s (on  maternity leave) but I do really want to find a full time job that I enjoy.

I always thought by now I would have a real job and something I really enjoyed doing. That isn’t the case but that’s only down to the fact I picked the route of kids at an earlier age. Something I will never regret because It meant I got to meet them so much sooner and spend as much time with them as possible. I didn’t think I would have two kids with two different dad’s but thats life. I also didn’t think I would become a single parent and have a toddler to raise all by myself. I am so glad that I do though and wouldn’t change any of what has happened because me and Josh have such a close relationship. I am so glad I have Will and the boy’s in my life I feel like I have really made it. I have always wanted my own little family and a house and I have both now.

So what have I achieved? Two beautiful little boys, a lovely boyfriend and a new house to soon move in to. Could be a lot worse couldn’t it?