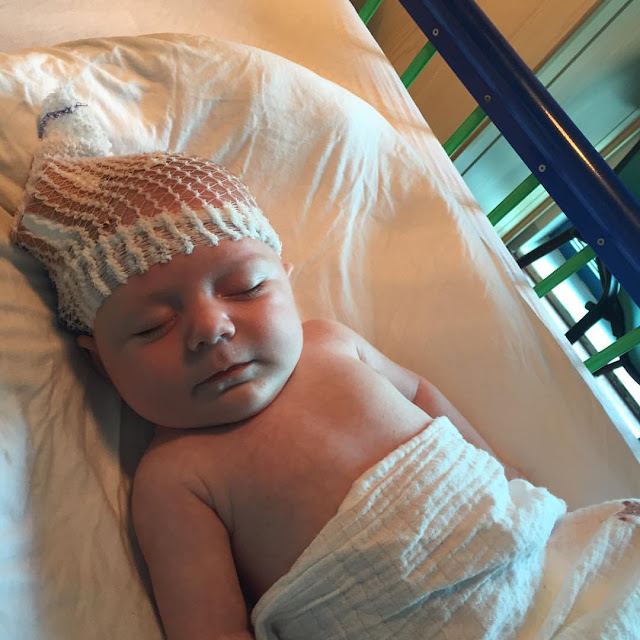 There is nothing worse than having a poorly baby. There is also nothing worse than watching your little baby go through so much pain to find out what is wrong. On friday, we were at a party where Freddie started getting ridiculously hot and sweaty. After undressing him, and taking him home, he continued to be boiling to the touch and full of sweat. He then slept for a few hours, waking up with sickness and very irritable and once again boiling hot. I took his temperature which was really high and decided to ring NHS direct.

After explaining his symptoms what felt like a million times to them, and the out of hours GP they told me to bring him straight up to A&E. After four failed IV drip attempts and me being a blubbering mess they finally got one fitted in his poor little head. He screamed a lot but was so very brave for such a little baby, a lot braver than I was! They then had to do a DIY job on his head to keep it all in place, and although he looks very silly, he still looks very cute! We got taken to the children’s ward and told we should expect to be here for a few days at least. His blood tests came back not bad the doctor said so she needed to do a lumbar puncture. Now I hadn’t really heard of a lumbar puncture before, but Will’s face told me it wasn’t a nice procedure. I could barely watch them take blood and fit an IV drip so I knew I would be far too upset to witness this!

Off Will went with him while I waited outside the door. Honestly this was the worst moment of my life listening to his screams. They weren’t just normal baby screams they were something else and something that will stay with me for life. Twenty minutes of complete screaming and sadness from my little boy. They tried and tried to make it work, but they said as he moved so much when they had to crunch him in to a ball, they kept hitting his bone and that’s what was causing him to be in so much pain. I went in the room as I couldn’t cope listening to him be so upset without me in there, and the bed was full of his sweat and he was so red to look at and really sad. It honestly felt like an eternity and I just wanted to walk in and grab him off them and was so close to telling them to leave him alone, but I know they have to do it, and it is in his best interest. 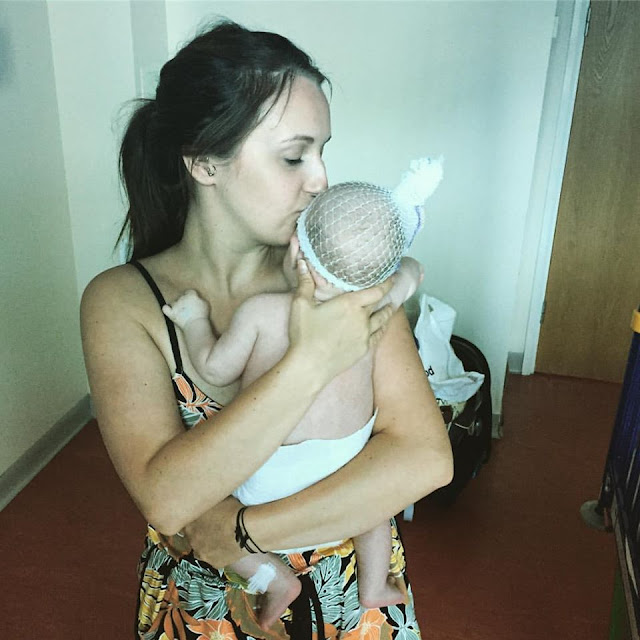 After that was finally over I got to cuddle him for most of the day. The test results don’t come back for up to 48 hours so it’s really just a waiting game. His temp has come down and stayed down which is a good sign and he is giving me lots of smiles which makes me very happy! The night wasn’t the comfiest I must admit, but Freddie slept well and had a few feeds so that’s all we care about. His line wont clear this morning, so I do think they have to pull all that tape off and put in another one which I know won’t make him best pleased! (which they have just gone to do, poor Will has to be the brave one again!)

Josh isn’t too happy with us being gone either, his crying to me on face time broke my heart! He just wants his little brother home and his mummy to cuddle! I am hoping he can come in and spend the day here today as there is a toy room and we can take a walk around! Although I don’t think he will want to leave me again after. I guess it’s just a waiting game now, he is currently on antibiotics which seem to be making him happier, so lets just hope he has a virus and will be fit and happy to take home on Monday! 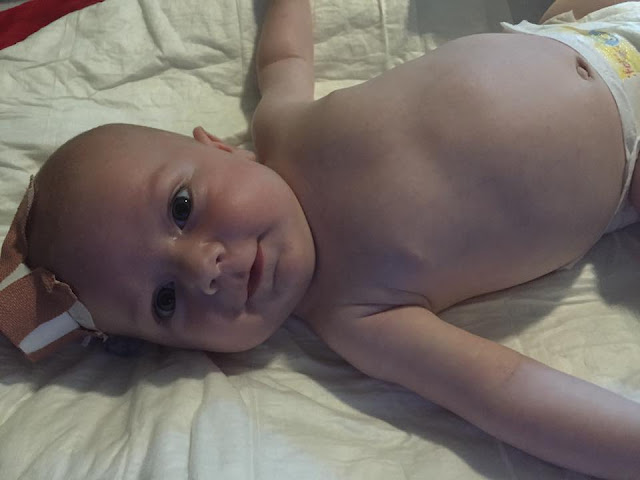 Fingers crossed and lot’s of cuddles for my little boy!