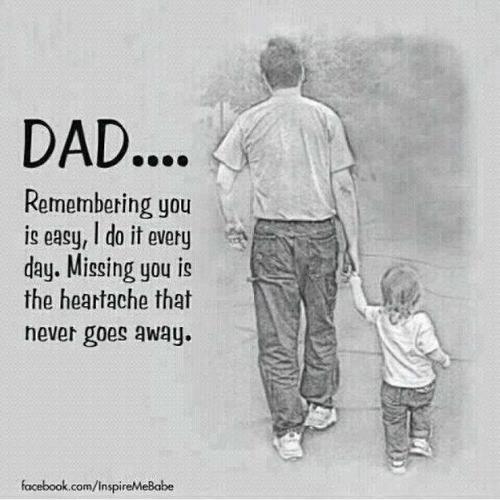 The complete opposite in fact. What kind of quote is that? How can distance make the heart grow fonder? I will probably step on someones toes by writing this but to be honest I don’t really care any more.

There are so many different types of dad’s out there. The dad’s I just can’t understand are the ones who choose to be away from their children. I just can’t understand how any father could be happy with offering so little support and time for their children. How can they be okay with sometimes seeing their child and then going 7/8 week’s without them (and counting)? A dad like this spends such little effort and time with their kids but it doesn’t effect them. They are completely fine with letting the mum get on with it and bring up his child, and even happy enough to let another man step in and step up to the job that they should be doing. Be the dominant father figure that their son needs in his life.

He doesn’t put up a fight not even a little. He doesn’t fight to be a real part of his sons life, a real dad. I bet he tells people he fights. He probably paints the perfect picture to anyone that asks, and he probably even believes what he is saying himself. They really don’t see any wrong in what they are doing but they don’t see the damage that they cause. The inconsistency of their presence is damaging. When they do see them, they take them to the park and have some fun and that’s it. They don’t really parent at all, all they do is act like the perfect dad for a few hours and think thats fine. Is it fine? Course it’s not. Do you not know how important it is to be there as often as you possibly can? Do you not think a child needs a father? A real father figure who disciplines and teaches them everything they need to know. Do you really think that stepping to the side when it comes to fathering your child is the right thing to do? What if your dad did the same thing you are doing to you, how would you feel about him? Imagine being in his little head when his daddy over slept and didn’t collect him from school, its heart breaking.

They don’t respect their babies mother. The one who is always there with a shoulder to cry on. The one who deals with all the tantrums, the stress and reality of a real parent. Making sure their children are fed/washed and have every thing they need while the ‘father’ sits back and gets on with their life. Like nothing else matters. They carry on buying themselves every single thing they want, book holidays and go on countless nights out. All while not paying a penny towards the upbringing of their child. Do they feel guilty? No not in the slightest they really don’t see a problem in what they are doing and its worrying.

They think that they are winning, no one really knows how poor they are being at parenting. Who is the real winner? The mum of course. She gets all the love/cuddles/affection. All while she makes countless excuses as to why their daddy hasn’t turned up today. Why he can’t pick him up from school. All they really want to say is because he’s not bothered, but do you really want to break your child’s heart? Of course you don’t so yet another excuse gets thought of, and it really shouldn’t be that way. Why should they help make you look good when what you are doing is making your child think they are worthless. They could have a little boy who idolises them. Who wants to be just like their dad. You don’t see that you will be the one who eventually regrets your decision. The countless football games you will miss, his first sports day. The look of sheer excitement on their face when they see you waiting for them outside the school gate. That feeling of complete love and happiness when they tell you they love you. Laying in bed with them while they tell you all about their day and what makes them happy. What makes them sad/scared just knowing everything you can about them. The thousands of colourful paintings/drawings you have missed out on. The millions of snuggles on the sofa with duvets and the biscuit tin, that could be yours to cherish just as much as i do. All these special moments that comes with being a parent are so amazing and should never be missed.

They pretend that they care. They chuck all the blame on to the mother because they are a coward. They can’t admit that they are wrong. The older the child gets the more that they can see and realise for themselves. They start to blame themselves and think they aren’t worthy of a real father who wants them, who loves them.  A dad that makes no effort to see their children every week is no better than a useless dad who has walked away completely.

Why would you let anything stop you from being a major part of your child’s upbringing? Why would you miss out on watching them grow up, change day by day and become even more amazing as each day flies past? How can you carry on living your life as if nothing has happened and that you aren’t missing a thing? When there is a little person who is just shouting out for you to be there for them, they want someone to be proud of and want to follow in their footsteps. I will never understand a father who willingly walks away from their responsibilities and can still live a happy life. Neither will I ever forgive anybody who would do that to someone I love and treasure every single day. I do believe that people can change, but when they don’t believe they need to change themselves it is a very difficult task.

It isn’t too late to change it really isn’t. Your child needs you more than you think they do. Fight for them, give them everything they need because one day you will wish you did just that. Give up everything to provide and protect them because thats your job, nobody else’s. Do you really want your child to wonder where their daddy went? Why they don’t want to play football with them, and why their daddy doesn’t read them bed time stories or ever cooks their tea? Your job was to protect and support a mini you and you have failed. Failed pretty badly and your child deserves so much more than you. They can’t change the dad they were given, but you can change the dad you have become. I don’t think you realise how much happiness those trips to the park, building dens and searching rock pools will bring you. How much happiness it fills your heart with when they call you daddy and just smile at you. You have missed out and it’s such a shame for everyone.

I couldn’t, wouldn’t ever leave my son. I will be there for every tear, smile, laughter and happy/sad times because that is parenting. Every single bed time story, every tea time tantrum I will cherish as they grow up so quickly and you really can’t get the time back. I don’t want my son to ever feel like anything was his fault. I really don’t want him to feel like he’s missing something in his life. I try and be the best I can be for him and I really hope its enough. He has the perfect step dad that cherishes him and he is a perfect role model, but every little boy need’s their dad. The past is the past, everything that has happened I won’t ever forgive but I will forget for the sake of my little treasure. That tiny little boy could be looking up to you as his hero, so be a dad he can be proud of. I wouldn’t ever deny my boy of a dad which is why I find this situation so sad because he really does deserve the world, my special perfect little boy.


By no means is this post targeting every father who doesn’t see their children, because under some circumstances it’s genuinely not their fault or their choice. This post is purely aimed at fathers who have a choice to see their children but for their own reasons, choose not to. 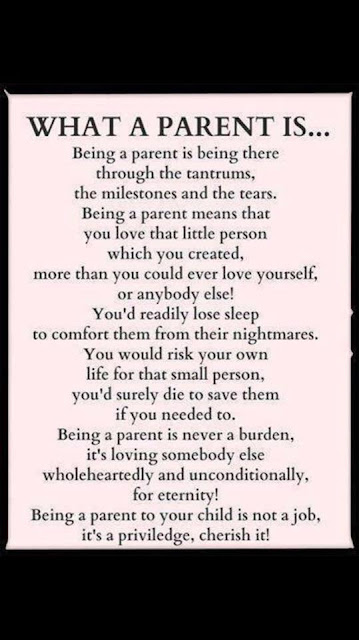