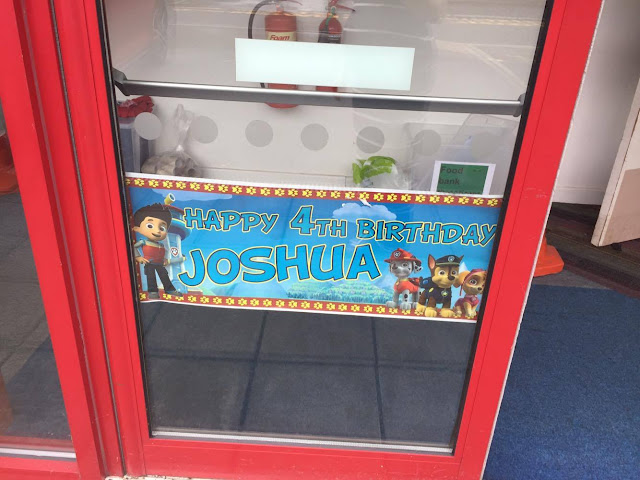 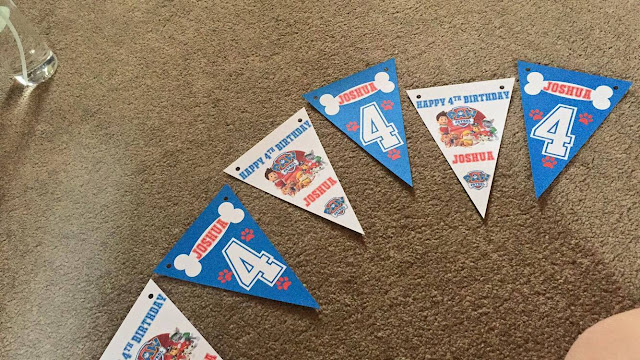 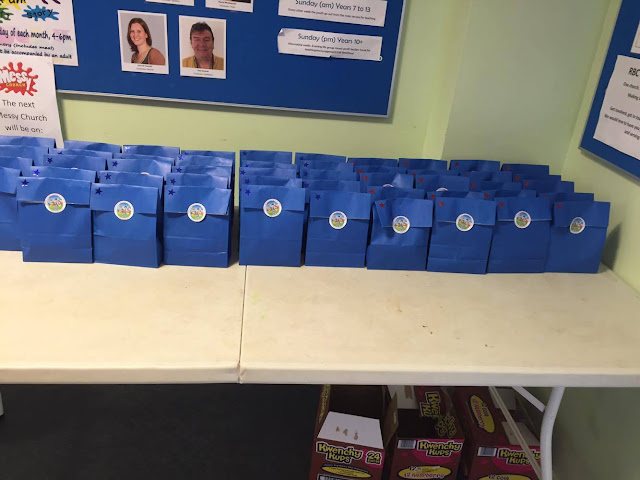 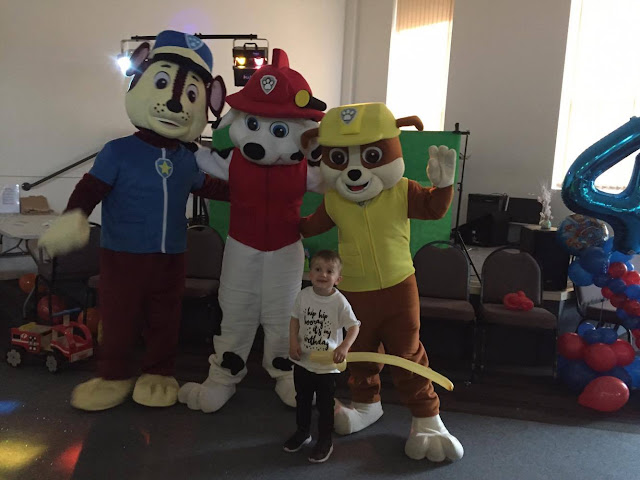 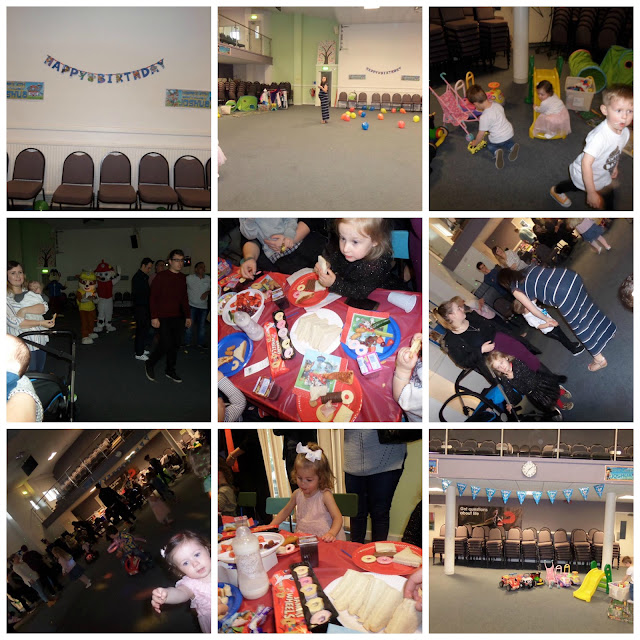 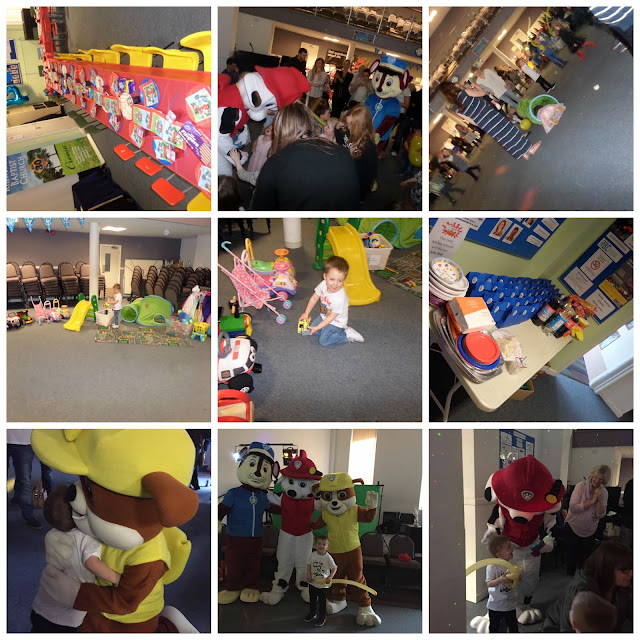 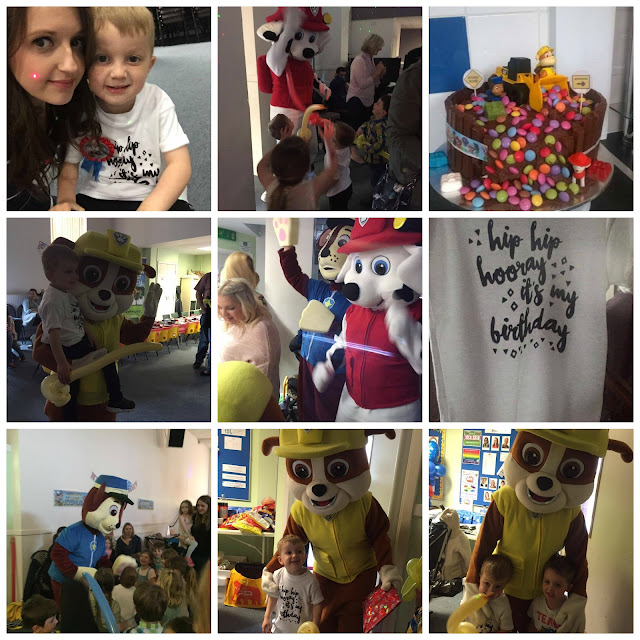 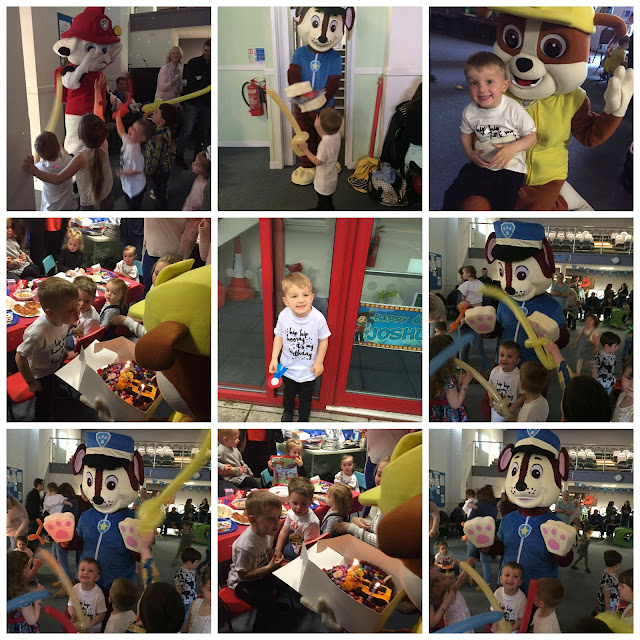 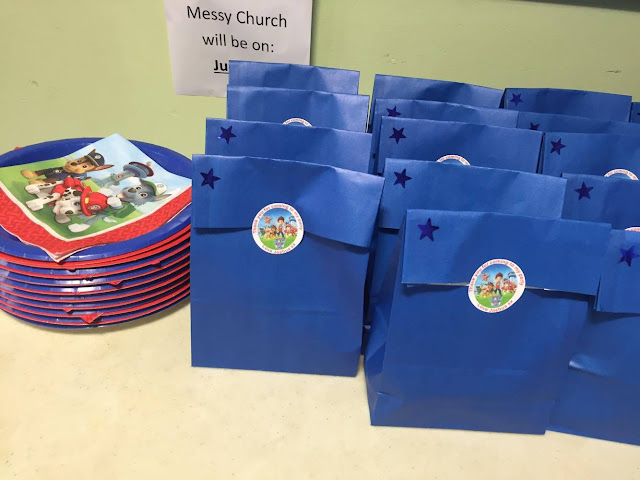 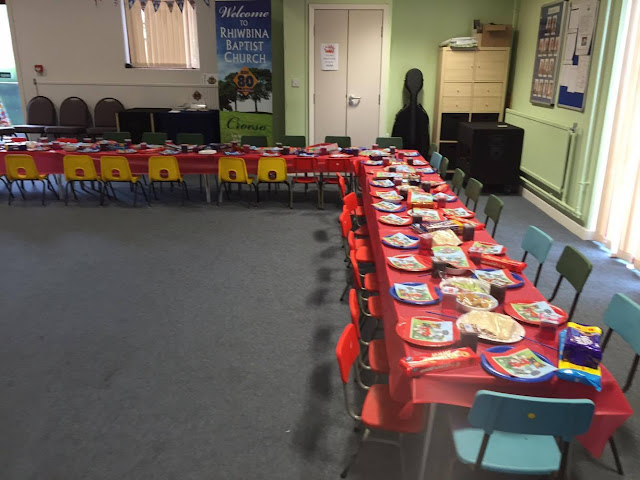 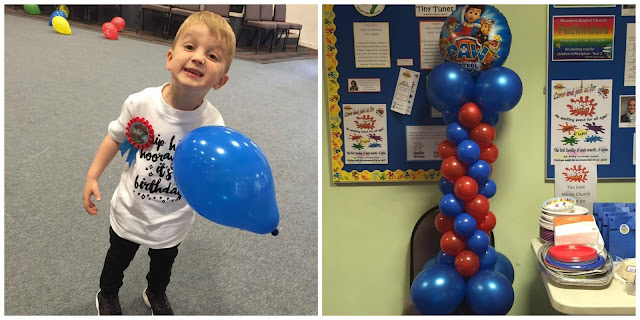 I May be a little late writing this up (over a month in fact) but having a baby early and becoming a mummy of two kind of got in the way. Josh’s party was on the 21st of May, a few days before his actual birthday and he had a ball. The theme was so easy to pick as he loves Paw Patrol. He was so excited when he found out a few of the characters wanted to meet him on his special day. I started arranging his party in January as I know you have to book early to avoid disappointment. Originally we booked a Paw Patrol themed disco and I felt at ease that it was all sorted and booked up with nothing to worry about. Fast forward to March, I had a message on Facebook “Look forward to celebrating Joshua’s birthday on Monday.” Turns out they had booked me on the wrong day and the date I actually needed they were now fully booked. Panic set in and remained for days as I queried company after company for their availability.

I found Hancocks Mascot’s and I am so glad I did. They were lovely to speak to and really made me feel so much more reassured. All of the stress that had built up over the last few days vanished as they told me what they could provide for his party. They hosted the entire thing, provided Marshall (who Josh loves), glitter tattoos/balloon modelling and party and disco games (with prizes). Marshall interacted with all of the children (all 30+ of them which I’m sure was a hard job) and kept them so entertained for the entire two hours. They played games, had dancing competitions and I saw the majority of children all had glitter tattoos and a sword balloon to play with and take home. It was so lovely looking around at all the children with big smiles on their faces. It was clear that Hancock’s Mascot’s enjoyed their job as party entertainers and this thoroughly showed throughout the party. They turned up early to set up and helped tidy afterwards which was lovely and very kind.

Josh being Josh, told me he didn’t just want Marshall he had to have Chase and Rubble too.

So the search began again! Luckily, not long after I started looking through Facebook, I found Celebration Mascots, a mascot rental company who provided me with Chase. A lovely gentleman who was really friendly and absolutely loved playing with and entertaining all the children. He danced around and took as many photos with the kids as he could. He also provided Josh with a present and a birthday card and made Josh feel so special. He came for thirty minutes and ran around with everybody the entire time and joined in with all of the party games.

Then onto Rubble. I found a lovely lady who owns Sians Mascot’s. She had previously worked for Hancock’s Mascot’s who also recommended her when I queried them about Rubble. I am so glad I found her because Josh was adamant that Rubble had to carry out his personalised Rubble birthday cake and sing happy birthday to him. She told me afterwards how nervous she was carrying the cake but she didn’t want to let the birthday boy down (how sweet is she). He was so excited to see Rubble come out with his cake. The smile on his face was priceless. Rubble also joined in with every game and ran around entertaining the children while they were eating their food. The lady was so nice and making Josh happy was all she cared about on his day.

They all worked so hard together to keep so many kids occupied and they were all so lovely. Josh hasn’t stopped going on about meeting his favourite pups and they truly made his day so special and I can’t thank them enough.

Josh had invited his whole class and a few friends from outside school which I was worried about. I didn’t have to be though as all the parents told me how much fun they had and how I had done a good job organising the party being nine months pregnant at the time. I did think I was going to go into labor from all of the stress but luckily Freddie held out a little bit longer for his big brother! I am so grateful to all the parents and children for all of the presents and cards that Josh received. He was so excited and so spoilt and I am just so glad that his party was just as he imagined because he really did deserve it. I can’t believe my baby is four years old, time really does go so quickly.

My friend’s were amazing too, they all came and helped me set up and tidy up at the end I really don’t know what I would do without them. Me and Josh are so lucky to have such amazing friends and family. One of my best friends made the Rubble cake and me and Josh loved it! She put so much effort in to it and it really showed. All the food was eaten (we did manage to take a few packs of cookies home to eat which Josh was happy about!) and I really don’t think it could of gone any better.

The balloons were made up by a lady called Nicola (her page) and they lasted forever in fact they are still standing now so I highly recommend her. We ordered table balloons, high standing paw patrol balloons and a giant number four. They really made the room look lovely and ready for a paw patrol themed birthday party.

His birthday tee which I love is from Lennie & Co and as always very well made and super soft we own quite a few from her! (a review coming soon of his Lennie & Co collection.)

His party bags took me and Will a few hours to complete. I bought the blue paper bags from Amazon as it worked out to be the cheapest option. I also loved the look of the paper sweet bags sealed with a personalised sticker. We bought the stickers from ebay and I love the special touch it had ‘Thanks for coming to my party Love Joshua’ We filled them with different sweets, chocolates and the usual party bag essentials. I made a fair few spares and we had none left at the end so I made just the right amount! (How lucky was I!). I love how happy a little party bag can make a child feel and it was a lovely end to the party. Although Josh wasn’t impressed that I made him wait till the end to see if we had enough left for him!

He had such an amazing party and It was a stressful day but so worth all the hard work and effort. I really am so grateful to everyone who helped make his day as special as it was and I know it’s something he will remember for years to come. Let’s hope he doesn’t mind sharing his birthday with his little brother next year!! Joint parties have got to be a little cheaper right?