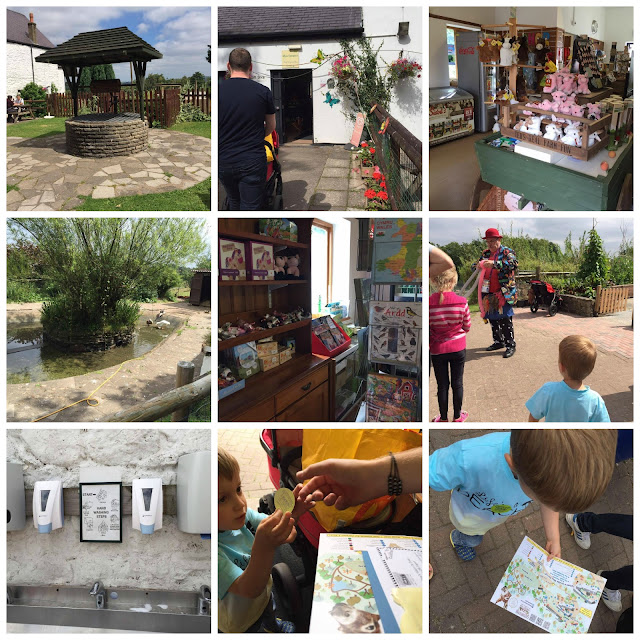 The last couple of months with the house move, and Will working we haven’t really had that much time together as a family. So last Friday I decided we were going to do something fun and go out together.  I was trying to think of a few places we could go and remembered seeing my friends post on her blog about Green Meadow farm. It looked like she had a lovely day out so decided that was the perfect family destination for the day!

Off we went and it took around half an hour to get there. Once we arrived we were greeted by a little pond with lots of ducks and Josh got all excited about how he was going to tell Nanny as they are her favourite animals (bless him) To get in to the farm you have to walk through the shop which isn’t such a great idea with a four year old who thinks he can have a present whenever he enters any kind of shop. The prices weren’t too bad, Josh was £4.95 and me and Will were £5.95 each and the baby was obviously free. As we headed in we were given a map of the farm and stickers to show that we had paid. Josh was very excited by his sticker and he put it straight on to his top.

Off we walked through the entrance to be greeted by a man making and selling balloons but I managed to steer Josh away (until later anyway!) Everywhere you looked there were hand washing stations which is always good to see at a farm. We found some benches outside which was the perfect location for the picnic we had packed. 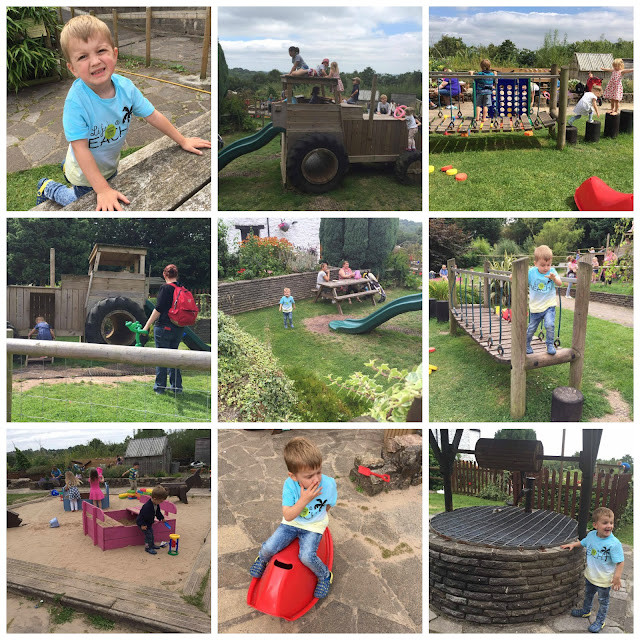 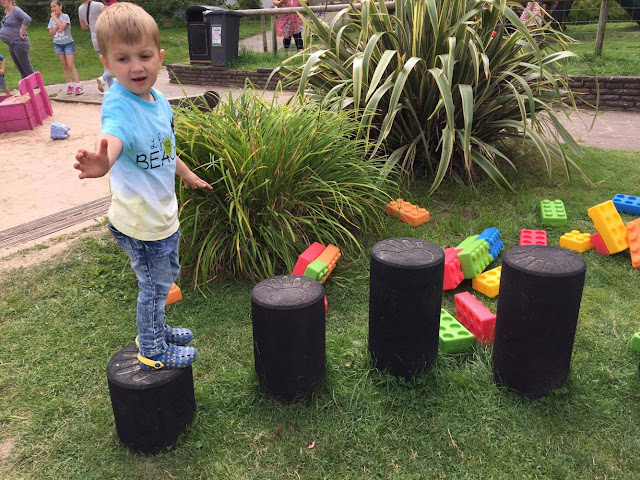 After we had our picnic we took a look at the little play area they had to offer. I loved the tractor slide, as did Josh. The climbing stones he loved too as he loves practising his balance. They had loads of mega block type blocks which Josh had so much fun stacking up and making ‘huge towers’ They had a huge connect four game for all the children to enjoy, along with a sand pit area, ride on tractors and mini see saws scattered all over the place.

We found a wishing well and told Josh to go over and make a wish with his coins. I told him not to tell mummy the wish he made as it has to be kept a secret. Off he runs, and shouts out every thing he was wishing for (don’t think he quite understood the word secret) 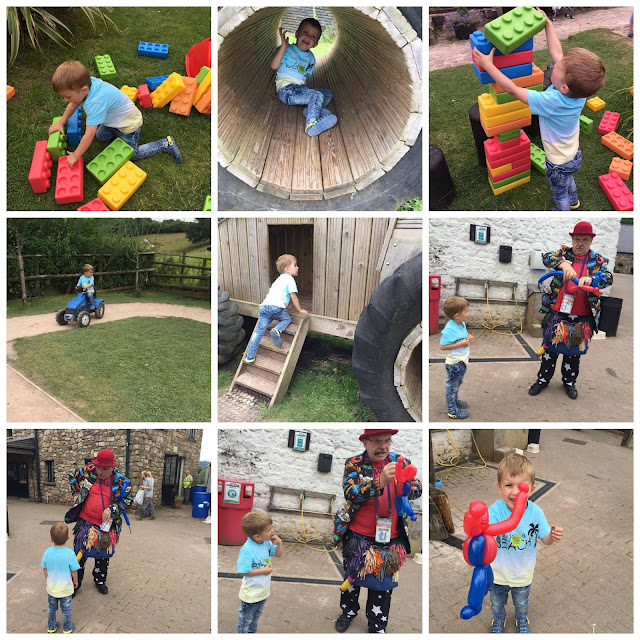 After more playing with the blocks, the slides and tractors we then bumped into the balloon maker again. He only charged a pound per balloon so off Josh went with his pound and asked for spiderman! He was very lovely and Josh was pleased with his attempt at a spiderman. He took him round the entire farm but we kept seeing children crying as theirs kept popping so I told him he had to be extra careful (he popped an hour later) 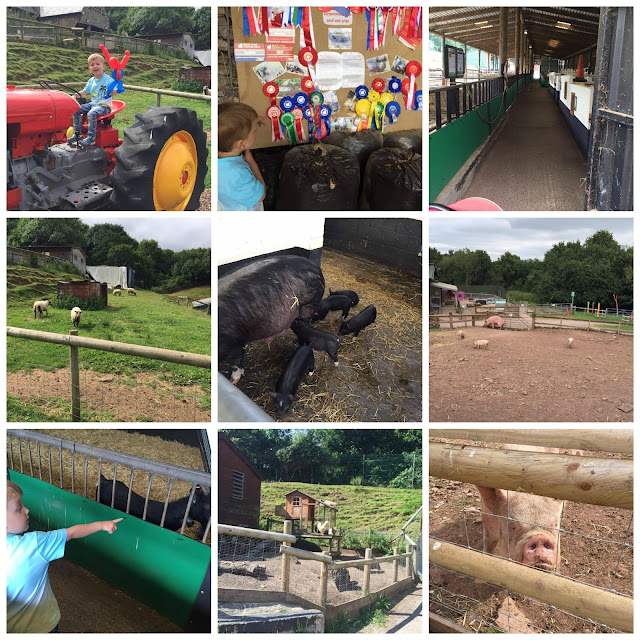 After searching for a tractor for Josh to climb in (and show off his spiderman) we took a look at the animals they had to offer. Lots of pigs/goats and cows. Josh told me his favourite were the pigs as they stank! He really enjoyed looking at all the rosettes and asked if he could take them home. 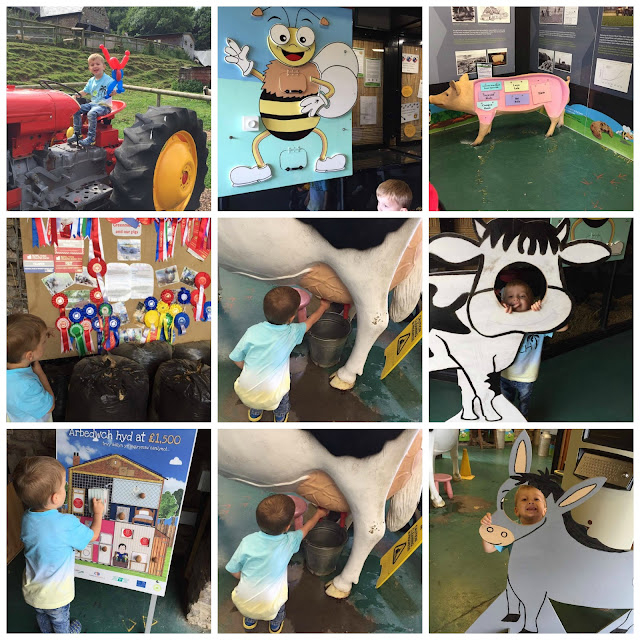 They also had a room full of learning activities for the children to do which I loved. Josh obviously took full advantage of the photo opportunities inside the donkey and the cow. He also milked the pretend cow and I explained to him that his milk he drank in the mornings came from there! 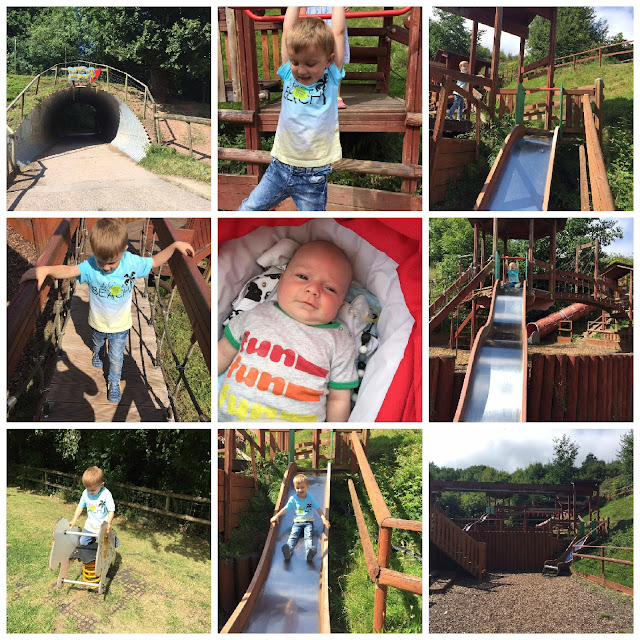 They had an adventure park which was Josh’s favourite thing about the entire farm. A big wooden playground with lots of climbing frames, slides and monkey bars. This was the first time he braved the monkey bars on his own and although he did need my help he did a super good job. Freddie was so good the entire way around the farm, although he doesn’t look too impressed in that photo does he? 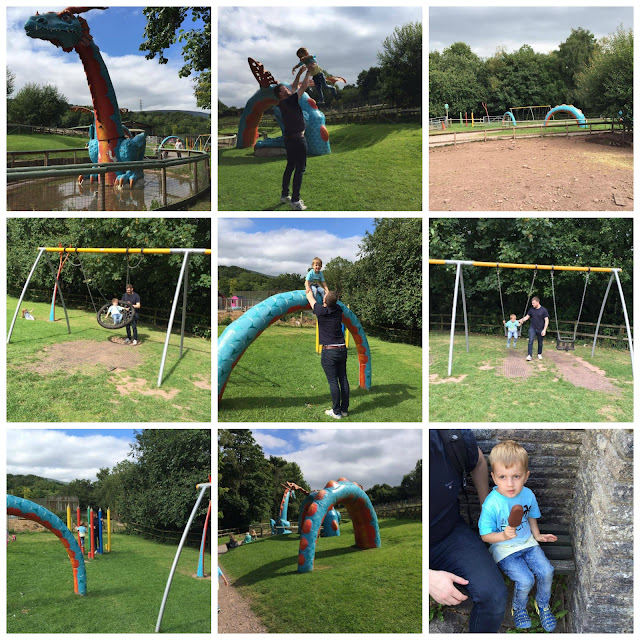 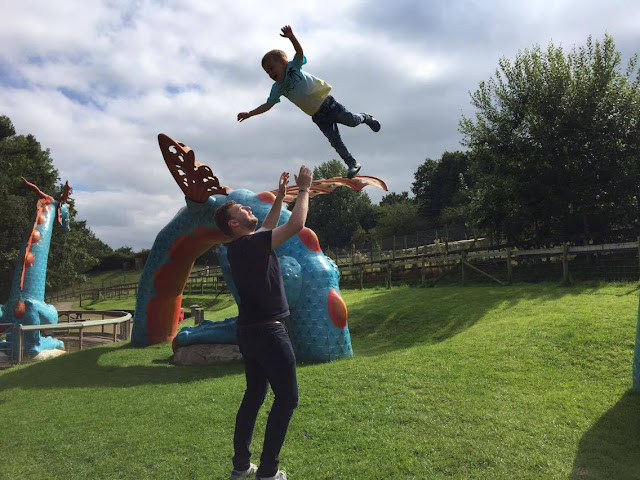 Before we went, we took another look at all the animals and let Josh have one last go in the little park they had. He is just starting to get more confident with the ‘big boy swing’ I wasn’t very impressed with how high Will chucked him in the air mind. After snapping the picture I did have words with him! (for nearly giving me a heart attack!) Josh had such a lovely day, as did we as a family it was really nice to spend quality time together. He was knackered when we got home which is always good!

How can you go to a farm without picking a present in the farm shop on the way out. 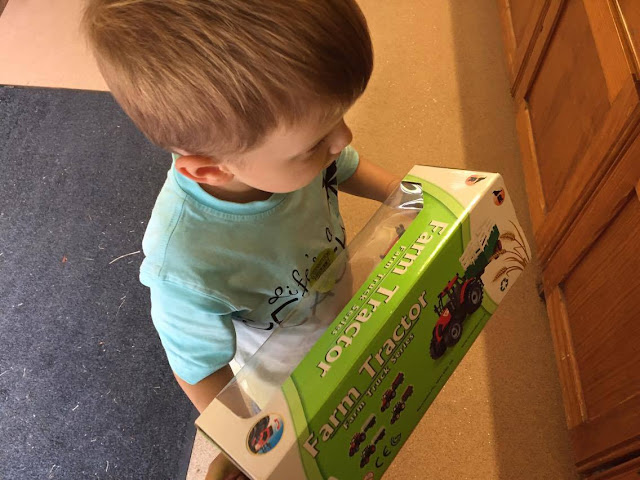 We really did have a lovely day and I would highly recommend a visit to Green Meadow farm if you live around here! Last but not least the funniest photo of the day has to be this, it wasn’t until after I got home and looked through my pictures did I find it! 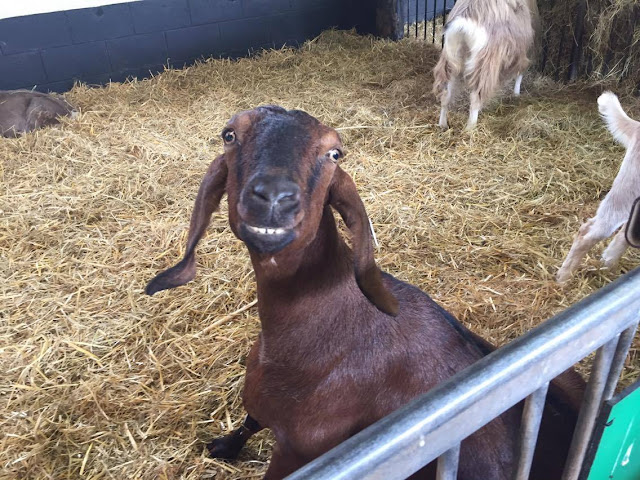