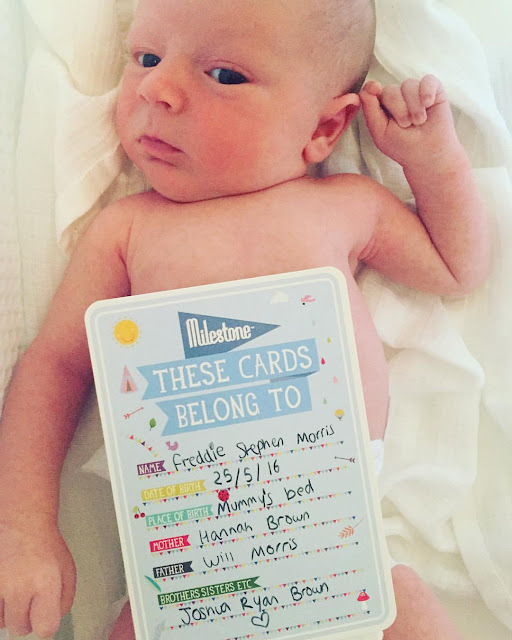 Honestly having a baby is such a special time in your life but it can be quite scary too! We have already had a weeks stay in hospital with this little one which was awful.

I have quite long hair although it has been cut quite a bit recently, I didn’t realise the danger it had on my newborn little baby! I was over my friends house recently and Freddie become quite distressed, red in the face and was screaming a lot! I tried everything to calm him down but he just wouldn’t stop crying. I tried to cool him down as he was sweating a lot. I stood outside with him but nothing! I was checking him over and noticed his foot was blue and immediately saw his toes looked really red and like something was trapped around them and panicked! Me and my friend spent five minutes trying to unravel one of my hairs that had wrapped so tightly around his toes it left an imprint.

It had clearly stopped circulation to his feet as they had turned blue and he was in such distress it was obviously causing him a lot of pain! Once it had gone he calmed down straight away and I just carried on rubbing his little toes and foot to get the circulation back in.

Honestly it is so important to fully check over your baby when they become so distressed as things like this can happen and I didn’t realise the dangers my hair would cause and I am so glad that my friend and I had spotted it around his toes. So please check all over your baby if you think they are screaming differently to what you are used to. As If i hadn’t of spotted it I dread to think how bad it could of got.

Obviously as I was so busy worrying about his little toes I didn’t take a photo but after searching around the internet I found a story of the same thing happening to another little boy and here is her photo; 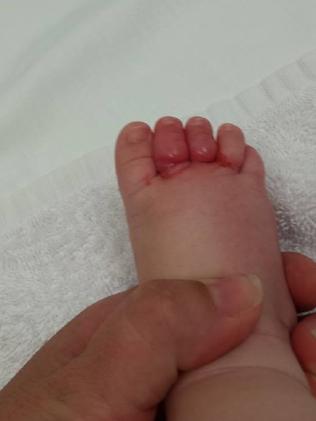 Just wanted to make you all aware!