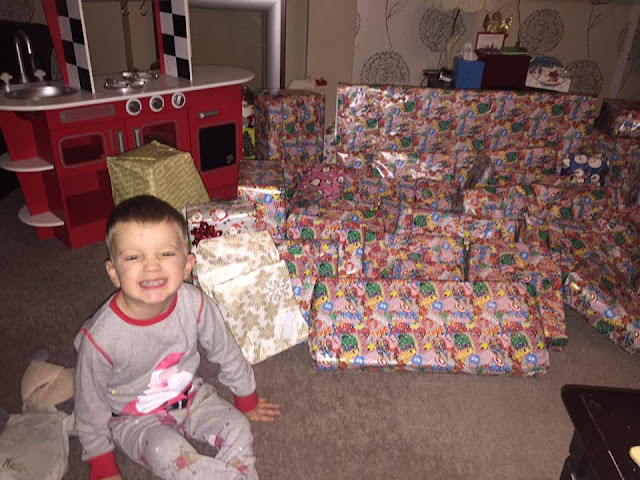 I was sitting in Starbucks the other day in town with Freddie feeding him a bottle when I overheard two ladies talking about Christmas. The one lady said ‘I have spent so much money on the kids that I need to get the glory of them knowing it was me, I will tell them that father christmas delivered them but I sent the money’ It got me thinking as I have always believed in the magic of christmas with kids. I have always thought that kids believe father christmas and the elves work hard all year round making presents to deliver on christmas eve if they have been good all year round. Now I know that when I was a child the thought of father christmas watching me to check if i was behaving was part of the magic of christmas and I want the same for Josh and Freddie. 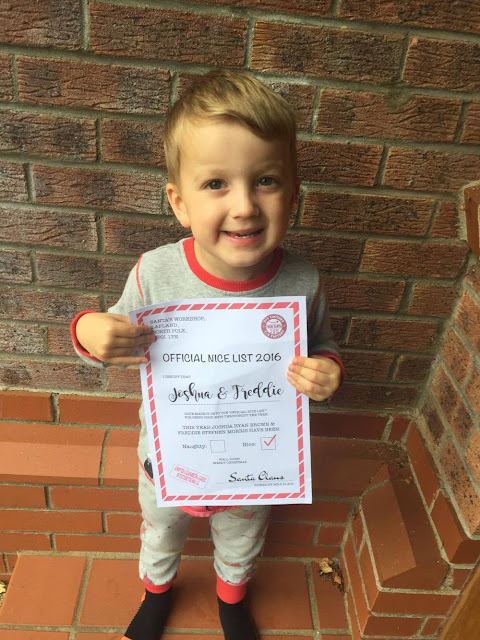 You are only little for such a short amount of time that for as long as he believes in father christmas being a magical guy, and the elves being so clever and building all his presents the look on his face when he opens his presents will be enough ‘credit’ for me. I don’t know why anyone would feel the need to ruin the magic of christmas for their children just think about how amazing it was to run down stairs to see if he had been and to see if he had eaten his mince pie and drank his milk! Christmas is about kids, they say being a kid at christmas is the best but having children and watching the excitement on their face on christmas morning is better than any christmas day I have ever had. Josh spent ages writing his christmas list to father christmas that I refuse to tell him that really it is to me, and I buy all his presents where is the magic in that? Now I know a lot has been said about children in schools talking about what presents they got and how they can brag and make another child feel upset as they wouldn’t understand how father christmas didn’t get them as much as somebody else but I don’t believe that either. I believe Josh wouldn’t brag to other kids about what he got he would most likely forget everything by the time he went back to school and saw his friends. I know Josh appreciates everything I give him and is so grateful for anything that I would like to think he wouldn’t brag or make anyone else feel upset. 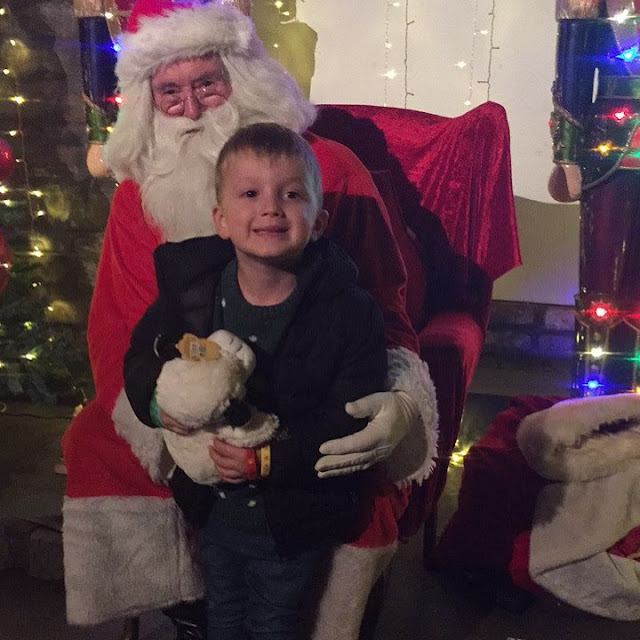 As I got up to this part in my post, my friend wrote a status about the same thing (same minds nic) and she said ‘I ain’t gonna lose sleep because my child thinks santa fetched him all he’s asked for and not us

? his little face lighting up is more than enough for me he doesn’t need to know we bought them until he believes otherwise

? they only believe for such a short time and as they grow will learn the value of things and that we worked hard for everything he has. He appreciates everything he’s given even now at not even 4 years old. You write a letter to santa as a kid, not your mum and dad asking them to send santa this this and this

? where is the magic in that

✋? also just because Kobe thinks the fat guy left the goodies doesn’t mean he doesn’t appreciate or he’s going to go to school and make fun of kids that didn’t get what he did’ and that is basically exactly how I feel! I would like to think that no child would make fun of another child for not getting as many presents under the tree as somebody else. I mean If you do say the presents are off you and not father christmas then that is completely up to you, and whatever works for you as a family then great I just believe in the magic of father christmas and want the boys to grow up believing and feeling that excitement that I did when I was younger for as long as they can. I just don’t think it would be as exciting for them if I was to tell them father christmas only bought two or three presents and I bought the rest, as I can buy him presents any time of the year and receive all the glory (not that that is what it is about!) 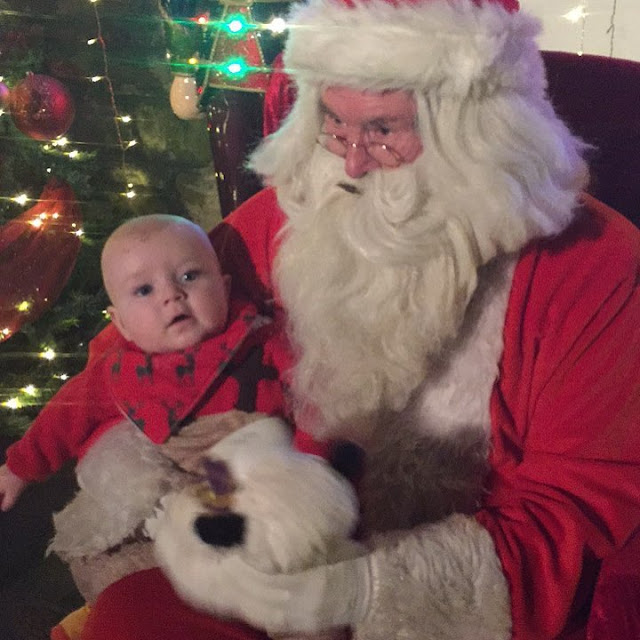 Josh is so excited for Christmas this year, every single day he talks about father christmas and his elves and tells me how much of a good boy he has been. He tells me that if he sees Father christmas on christmas eve he won’t get any presents and has to go to bed really early so he has time to deliver to every child on christmas eve. He can’t wait to put the plate out with all his treats and his glass of milk and sprinkle the reindeer food outside so they know where he lives! I love how excited he is and i can’t wait to see his little face on christmas morning…. two more sleeps!

What do you think? Who do you say the presents are from? Like I said, each to their own and I am by no means having a go at the way someone else does Christmas as it is different for everybody and enjoyable either way.