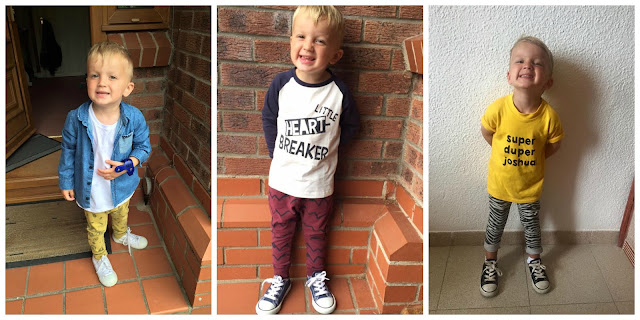 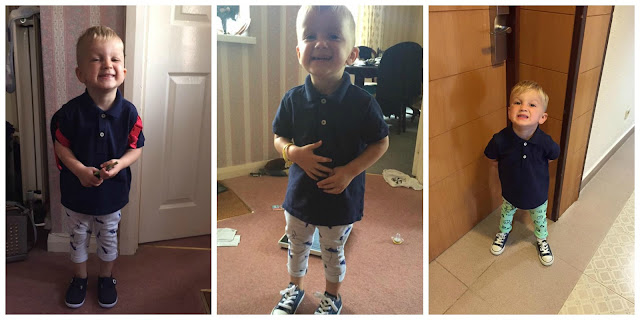 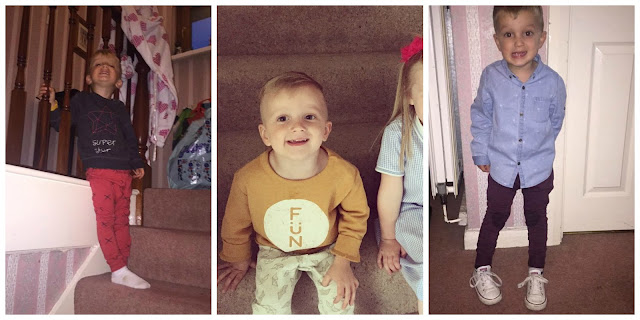 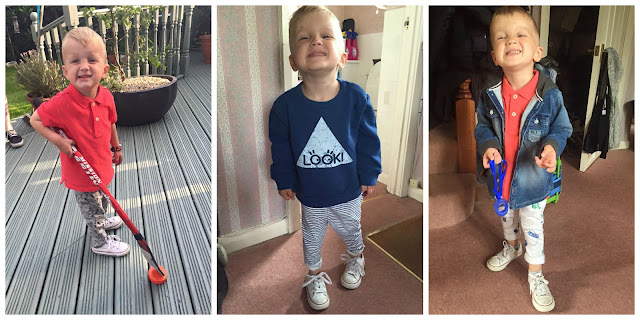 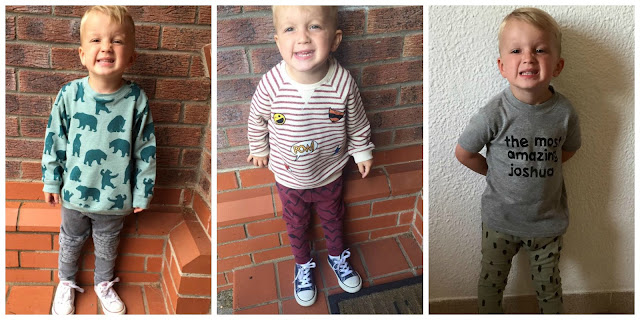 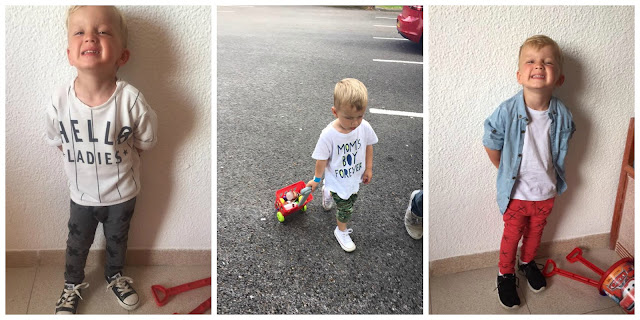 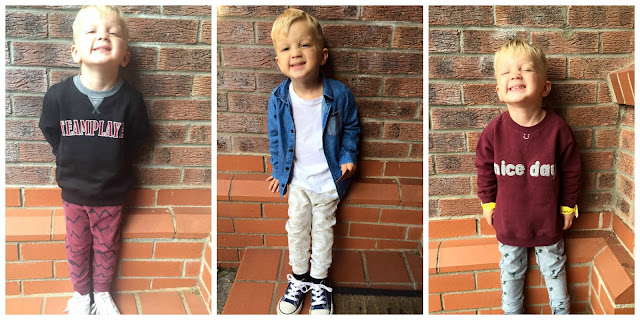 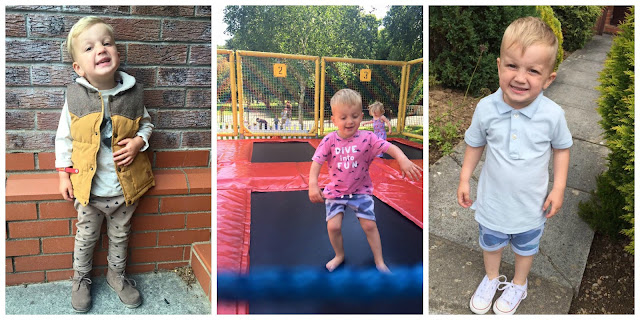 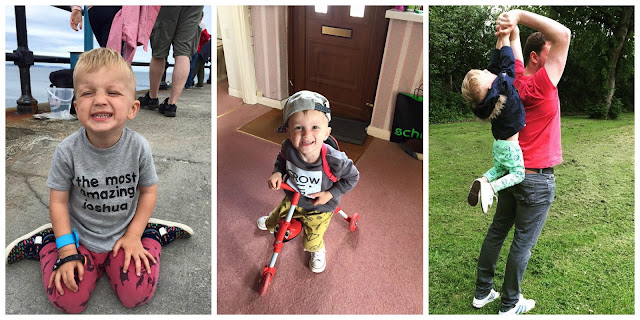 When I was pregnant with Josh, I would often go and browse the baby clothes every time I went shopping. I always noticed that they had such a range variety for girls, but boys always seemed to be just jeans, joggers and t shirts. A lot has changed since then, as now there are lots of instagram companies selling unique clothing for boys, and I really wish they were around when Josh was born. He lived in baby grows for the first few months, along with little rompers or dungarees in the summer and I did love them. Although, as he was getting older, I was fed up with joggers and jeans and was on the look out for something different…

I came across Zara baby clothing, and I saw they had boys leggings. I was amazed and added some to my basket straight away. My mum wasn’t very keen and said they looked like pyjamas and that I was crazy. I loved them because they weren’t as baggy as joggers and they were really comfortable on him to play around in. The more my collection of leggings for him got bigger (around 30 pairs at one point!), the more odd looks I would get off strangers. I would often get asked…

Why is your son in pyjamas?
Did you forget to dress him this morning?
Is he wearing girls clothes?
When are you going to stop putting them on him?

It never bothered me though because as long as Josh was happy and I liked them, why should I care what other people thought? After that, I then found a Zara group that was obsessed with their clothing as much as me… and that’s when my spending got out of control. Someone would post photos of all the new clothing and I would put an order in straight away and eagerly await my package so I could dress him in all the new range that was out.

I remember when an old friend said to me that her friend wanted leggings for her baby like Josh wears. She told her friend not to get them for her son and insisted that she shouldn’t put them on her little boy when he was Josh’s age. I thought to myself why? Just because she didn’t personally like them; she shouldn’t be telling someone else how she should dress her child. Why does it really matter how we dress our kids? If you love jeans and joggers and t shirts on your little boy then dress him in them and be happy about it. If somebody else like’s different quirky items for their children, leave them to it and don’t make judgmental comments. At the end of the day, it is just clothing; why should any one mind what people dress their children in.

I am not one to stereotype a boy or girl. I never understood why only girls could like princesses and pink and boys could only like spiderman and batman. I know quite a few girls that love the avengers and dressing up as spiderman, and I also know quite a few little boys who love to push prams around and dress up as princesses (Josh has and I would never stop him)

I really loved Josh’s time in leggings. I really loved when people would message me telling me they love how I dress Josh, and he how good he looked. He is a little tall for them now though which makes me sad. I did just buy him a pair for summer that I can roll up, however Will isn’t keen on them. He is not a fan of them at all. I’m guessing I shouldn’t show him the ten pairs I already have for baby should I? Sorry Will. Dressing Josh is really something that I enjoy doing, and I am always on the lookout for something new for his wardrobe. He has more clothes than me but he’s worth every penny.

So I thought I would update on this post seen as though it had the most views and I now have another little boy who is only ever dressed in leggings. Josh still pulls them off to as he just doesn’t seem to grow!

I get the questions even more than I did before now I have both of them! My friend hates them and always says he should dress ‘like a real boy’ but how do real boys dress? Baggy jeans and character tees? I just couldn’t do it. There is nothing wrong with character tees if that is what you prefer, if I was to see a child wearing one I wouldn’t judge them just because its not to my taste so why do I get judged for how I dress the boys just because its not to someone else’s taste?

The most recent photos of them both in leggings;

Just because he is four doesn’t mean he can’t wear something that still fits him and he is really comfortable in. They are cooling in the warmer weather and they look bloody great! I remember having a debate with Will about it and someone came over to me in the park and said ‘I love what your little boy is wearing where did you get it?’ I smiled at Will and said ‘Will where did we get it again, you picked this remember Zara wasn’t it?’ 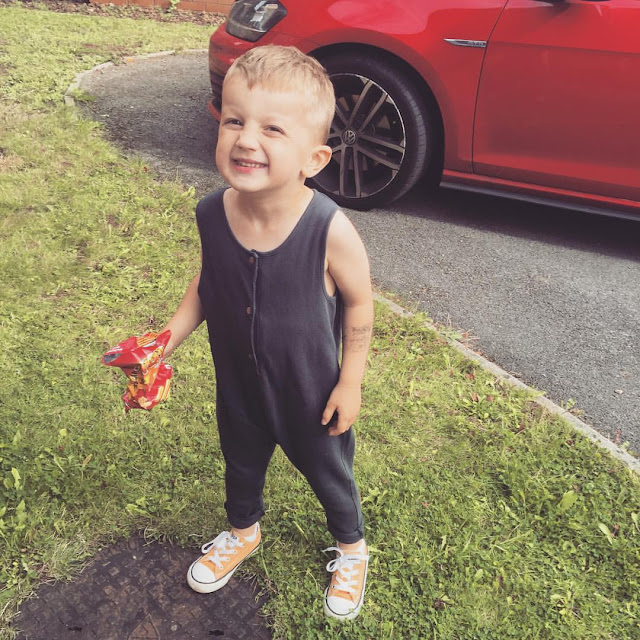 I hope they still fit this summer as I have them in Freddie’s size and every one knows I love to twin them!

So what do you think? Do you judge parents on the way they dress their children? Would you make a comment to your friend about the way I dress the boys if you saw them? Or would you dress your children in something similar?

I love how everyone has different taste in clothes as how boring would it be if we all liked and picked the same things.