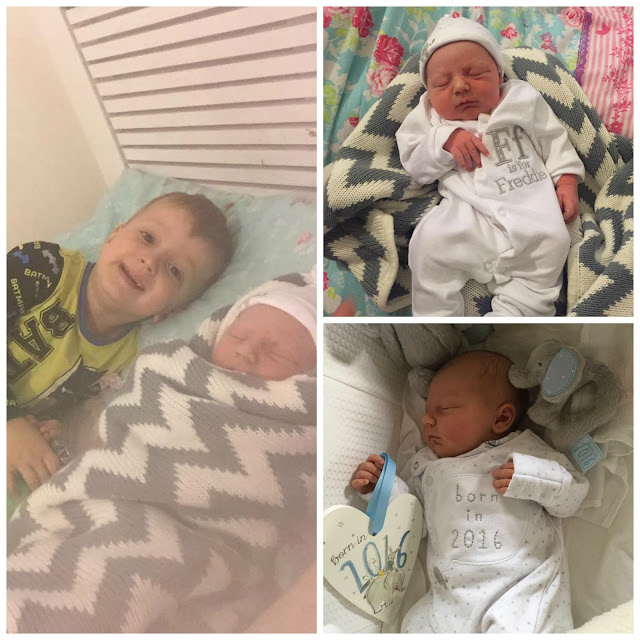 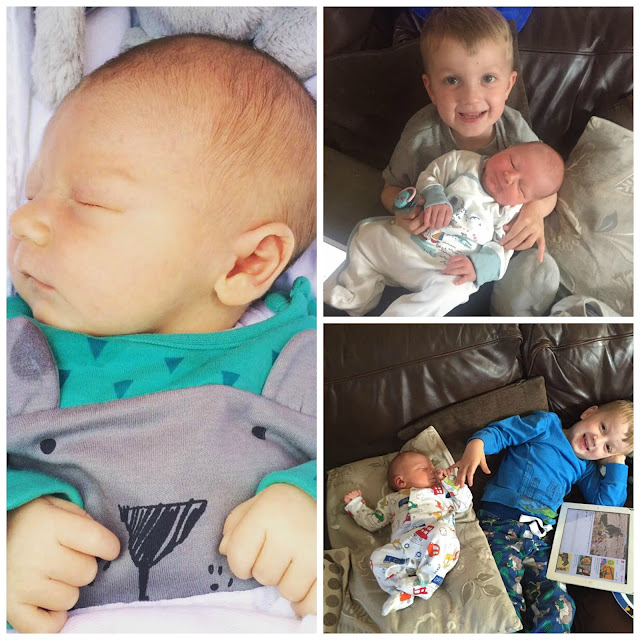 So Tuesday the 24th of May was my beautiful boys fourth birthday. We woke up all excited and opened all of his presents and cards and we got him ready for nursery. I did say he could have the morning off and we could go to Barry Island but he was adamant he wanted his whole class to sing happy birthday to him (bless him). We dropped him off and went to the doctors to have my blood pressure checked as it had been quite high recently and they wanted to keep an eye on it. As I was standing in the doctors I was almost certain my waters were leaking but I thought I was being paranoid so ignored it. I went home and lay on the sofa for a short while, once I got up more water was leaking and at that point, I knew my waters had broke. I was devastated! All I wanted to do that day was take Josh out and give him the best birthday ever.

I phoned the hospital and they wanted me to come in straight away to get checked so I had to call Josh’s dad and ask if he could pick him up and have him for a few hours. I felt awful. Once I got to the hospital they confirmed my waters were no longer in tact and transferred me to the induction ward. After sitting there for an hour and looking through my notes they decided to let me go home and booked me in for an induction for the following morning. I think it helped that I kept going on and on about how I wanted to be back with Josh to spend the day with him and how I really didn’t want them to share a birthday. They did give me the option to be induced there and then but I declined. The midwives said hopefully I will go into a natural labour but if not, to go back in the morning.

For the rest of the day I felt completely normal. Will and I picked Josh up and had a lovely day celebrating his birthday. I had no aches/pains and was getting my head around being induced in the morning. I put Josh to bed with me for an hour as I knew it would be our last night together as just the two of us, then moved him into his bed when he fell asleep. Me and Will took a walk to Sainsbury’s to buy some baby milk as we hadn’t bought any yet and once we got back we decided to have an early night although I couldn’t sleep properly.

I woke up around 230am and felt completely normal, popped to the toilet and went straight back to sleep. An hour later I woke up in agony, I had the most intense contraction pain so decided to download the contraction app on my phone and try to log them. I was in so much pain and they were coming at every three to four minutes but after twenty minutes changed to every one minute. I really thought I was being a massive baby as with Josh they started so weak and built up over 10/11 hours. At about 4am I was in such intense pain I decided it was best I woke Will up. I had kept him sleeping originally because I thought I had such a long way to go it would be pointless us both being awake and I would try and cope by myself. He jumped out of bed and rang the maternity ward who first off wasn’t sure if I should go in or not and just wait it off at home for a bit. After a bit of persuading from Will they told him to bring me in. At this point I had bruised my entire arm from trying to shift the pain away and was in such agony I really didn’t think I would cope. Will tried to dress me (bless him I was shouting at him to leave me alone the entire time) but I pushed him away and headed to the bathroom as I had such a strong pressure to push and I was really dazed. I called Will and told him there was no way I could leave my house and get into his car as I could barely move and told him to ring an ambulance.

He rang the ambulance who told him to make sure I wasn’t sat on a toilet or had my legs crossed to which he replied ‘she’s doing both!’. He had to drag me off and lay me down on my bed. They were giving him step by step instructions and telling him to grab lots of towels, one to put under me, one for the baby to be wrapped up in and the rest to be used as it could get messy. When he came in with a handful of towels it suddenly dawned on me I was actually going to be giving birth in my own bedroom. I was petrified. I thought they would put me in the ambulance and I would still give birth in a hospital but the contractions and the urge to push were so strong I just knew that wasn’t possible and this was actually happening right there in my bedroom. They asked him to check if he could see the baby’s head. I tried my hardest to push him away from me as when Im in pain I hate being talked to/touched he replied with no (but then left the room which now I know was because he told them yes he could but didn’t want to panic me!) He came back in and at this point I was trying so hard to stop myself from pushing as the burning sensation was agonising. This was where Will turned into a midwife and I squeezed his hands so tight as I start pushing our little bundle of joy out. His head came out but the cord was wrapped so tightly around his neck it needed to be pulled off. Luckily for Will the paramedics turned up and ran upstairs. The man couldn’t get the cord off as it was so thick so he had to puncture it with his thumb and pull it apart in an attempt to release it from the baby’s neck. One more push and our baby entered the world. The other paramedic quickly clamped the cord on both the baby’s end and mine. I had lost lots of blood and a scared look on the paramedics face as he said “the midwife is going to kill me, I am going to be in so much trouble” made me panic beyond belief. I was worried that something bad was going to happen to our little boy so I started shaking like mad. I was offered gas and air which helped me so much. Our baby was born at 4.54am. He didn’t cry for a while and I kept asking why he wasn’t crying and Will was telling me he was just to try and calm me down, seconds later he did cry but it felt like an eternity. They passed him over to me and I saw his little face and touched his little nose and it was such a surreal emotional moment that I will remember forever. Will then took him off me as they told him he needed to be dressed and fed and I still had to deliver the placenta. Which for some reason I completely forgot happened and when I was still getting strong contractions and the urge to still push I was convinced we were having another baby. I was thinking ‘oh no what would I name him/her, I wonder what they will look like’ (all a result of the gas and air, i’m not actually that stupid haha).

My mum had come out of her room at this point and was greeted by a paramedic with ‘alright love’ and she was completely gobsmacked. Luckily Josh was sound asleep in the room next door and didn’t wake up until he was born. I kept telling them all to be quiet as I didn’t want to wake him and kept shouting at the paramedics when they told me to just pant and not push. I remember saying to him ‘how about you try and pant and stop telling me what to do’ ha ha ha. I was in complete shock and in so much pain afterwards they handed me a baby in my own bedroom and he was mine. In my bed at home I delivered our little boy and I was shaking uncontrollably for a good half an hour as I was just in complete shock at the entire situation. Josh then woke up at 6am. He came in to my bedroom and was greeted with three male paramedics, a midwife who had just turned up, a newborn baby in Will’s arms and me in a complete state in my bed. The look on his little face was a picture as he whispered “mummy who are all these people, they just woke me up”. My mum then took him downstairs to his ipad but she said he was just staring into space so a short while. I would love to know what was going on in his little head. My mum got Josh dressed and ready for school. It was school photo’s day that day so I can’t wait to see the picture! I arranged for him to go to his dad’s after school as I couldn’t move out of bed and needed time to come to terms with the morning we had just had.

He face timed me crying saying he wanted to come home and be with me and it broke my heart. He hasn’t left my side since and he has been such an amazing big brother I really am so proud of him. The intensity of the pain still traumatises me and I have chucked out all my bedding and sheets and it really creeps me out laying in my bed. I stayed in bed until around 11am.

I have to say the paramedics were so lovely and I do feel bad about shouting at them. They kept trying to take my mind off it by asking me lots of questions about the photos in my room, or about Josh. They told me how this was their first night shift in 15 years and how they hadn’t delivered a baby before so I bet it was an interesting morning for them too!

I shocked all my friends and family by sending a photo of a uncleaned new born baby laying on me in my bed at around 6am. Everyone was gobsmacked and Will got all the praise!! I still haven’t come to terms with it all being so sudden but he is a week old now and I am so happy I have two beautiful little boys with me every day. I feel like the luckiest girl in the world knowing they are both mine. Although I am still waiting for my push present Will? I mean I did give you your own baby an hour after waking you up….