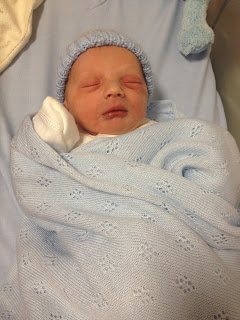 Everyone tells you how much a baby changes your life but untill it happens to you, you never really understand what a big change it makes!

So my birth story….

So I woke up at 7am and felt like I was laying in a puddle, I stood up out of my bed and water went every where! I rang up the midwifery unit and they told me to come up for a check later on around 11am

I rang my mum and my boyfriend to let them know and they both came with me to the maternity unit. We got there around 11am and they checked to see if it was definitely my waters that had broken (which it was) and stuck me on a bed with straps to see if I was contracting, I could feel a slight twinge every now and then which the machine showed but they weren’t to concerned about.

They said I could go home, but then changed there minds once they looked at the graphs so they told me to take a walk around the gardens to see if it would kick start my labour! But it didn’t. I went back after an hour of walking (and my waters were still dripping which was quite embarrassing!)  my contractions felt a little stronger but they let me go home and set me a date for induction for the next afternoon, but If I felt like I was in full labour to go back!

The day seemed to drag and I went back to my house and just sat around (playing online bingo) & at around 4/5pm my contractions were getting stronger and stronger! I managed to sit out the pain in my room while me and my boyfriend tried to watch a film & him saying to me ‘I wont talk to you because I can see your in pain so I will leave you to it’ *charming*

My mum kept coming up to check If I was okay and at around 9pm I told them both I couldn’t take much more of it and to ring up the midwifery united and tell them I was coming in. The pains were really strong in my back which I found out was because he was laying back to back. They lay me on a bed and stuck on those wires again to check Josh’s heart beat and my contractions.

I asked If I could go in the birthing pool to see if it eased the pain and they left me too it (the room was huge!) I stayed in there around 20 minutes as It was bloody boiling and I couldn’t handle the heat, I’m sure it was making me feel worse! I got Matt to pull me out and I just slouched on the sofa with him and my mum complaining about how I felt really sorry for myself! Haha.

I then went back into my room and they checked to see how many CM dilated I was and told me the dreaded words ‘your only 1cm you have ages left yet!’ They tryed to convinve me to go home and it was around 11.30am now & my mum and Matt were both agreeing with them! I completely disagreed and decided to stay (I’m glad I did) & they wanted me to stay afterwards because Josh’s heart beat kept dropping!

I had a shot of pethidine in my leg to ease the pain and it turned me into the sleepiest dopiest person ever! They left me in the room with the lights off and I had a little kip, I kept waking up and telling everyone I was ready to push but nobody believed me and said I had a long long wait yet.

But every 2 minutes I kept coming in and out of sleep, and had the biggest urge to push, But because I had had pethidine I thought I was dreaming! I then woke Matt up at 2AM and told him to get the midwife, they again told me I would be no where near but as I kept insisting them they were wrong, they checked me and said ‘oh oh ok lets get this baby out’ I knew I was right. Matt was in a daze and I remember them telling him to hurry up and come and look otherwise he will miss his baby being born!

The next bit is still a daze, I remember them telling me to push on my contractions but I just kept pushing constantly & they told me I would feel some burning (which they were bloody right) & I could sense they were getting worried as they kept checking his heart beat, and encouraging me to push! & the next minute I heard the midwife say to the next midwife ‘the cord is wrapped around his neck’ Matt said him and my mum looked at each other in panic, but I couldn’t say anything as the pethidine put me in what felt like a coma and I could hear everything that was going on but I couldn’t speak!

They managed to get the cord from around his neck and quickly placed him on my chest (2.54 AM Joshua was born!) and took him away for some oxygen and an injection and within 15 minutes he was back with us and Matt fed him his first bottle! I was completely out of it for the first hour and can’t really remember too much! We were given our own room, I had a shower and we got in to bed and made jam on toast as it was around 5am & then woke up at 7am to feed Josh!

We were home by 12pm the same afternoon!

He is the best baby in the entire world and I love him more than anything! 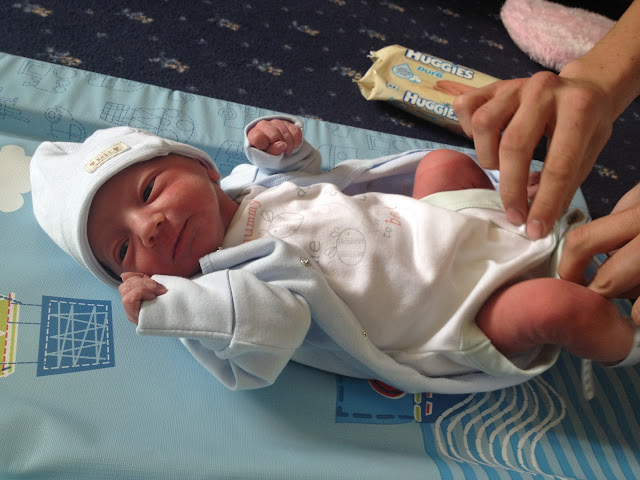 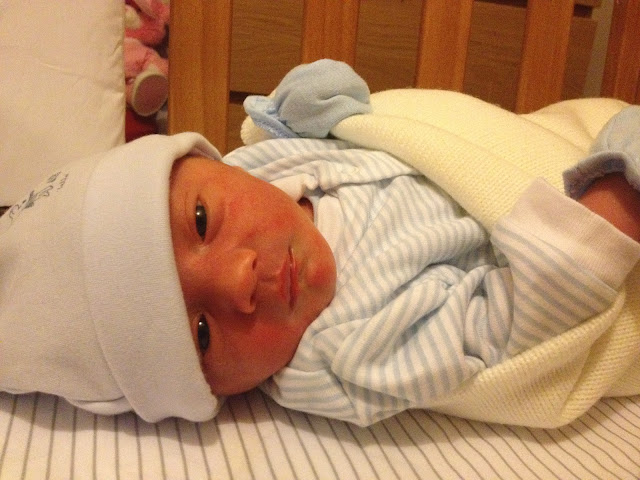 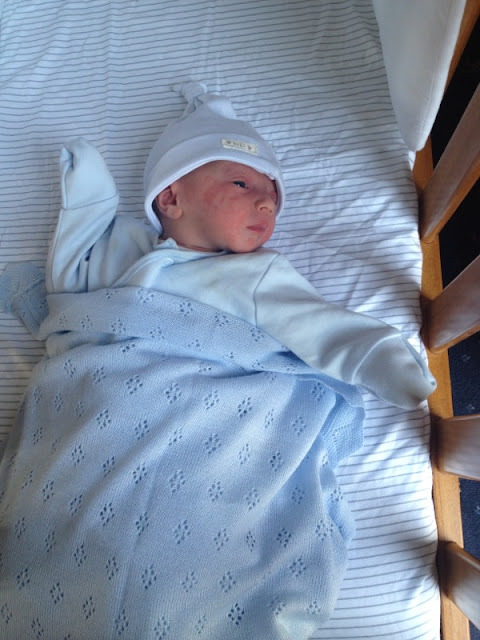 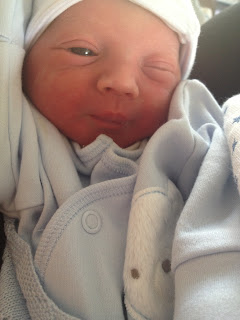 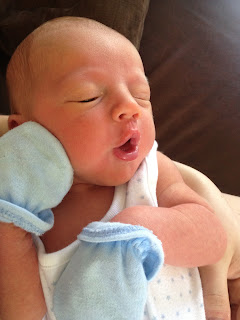 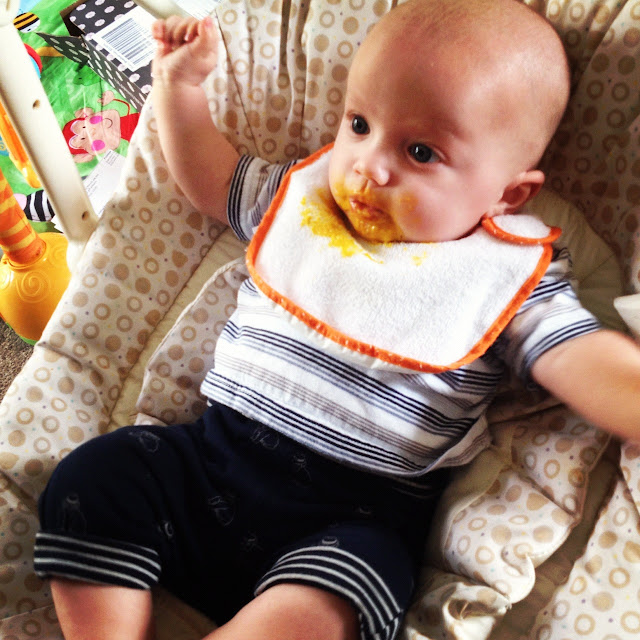